Getting your first Victory Royale in Fortnite feels great, but it can be very difficult to pull off. The game has been out for quite some time, with such a high skill ceiling. It can also be quite daunting to be the one who comes out on top among 100 players. So, here are some helpful tips on how you can be good at Fortnite.

How to be good at Fortnite: trips and tricks to win

Before you jump into a game, you should adjust your controller settings to your liking. Do not start Fortnite and enter a match. The last thing you want to do is start messing with your button layout and sensitivity in the middle of a match. Instead, what you want to do is head into settings and change things like sensitivity, button layout, dead zones, and other important options.

You should also carefully distinguish between your shooting controls and your building controls. A big component of Battle Royale is collecting resources like wood, stone, and metal. You’ll want to know how to switch into your build mode and build walls, ramps, roofs, and even edit existing parts to your advantage. It may seem strange at first, but switching to Builder Pro gives you a great and ergonomic way to play and build in the game.

Build controls are not applicable if you want to play Zero Build mode exclusively.

Once you’re in a match and you’ve just jumped out of the battle bus, you need to find a place to land. There are usually 90+ players in a lobby, and while the map can be huge, people often land in the same area as some enemies. Therefore, while landing, you need to keep an eye out for others who might be landing in the same spot as you. Then you will know that you want to fight for some healing and weapons to defend yourself against the opponents. 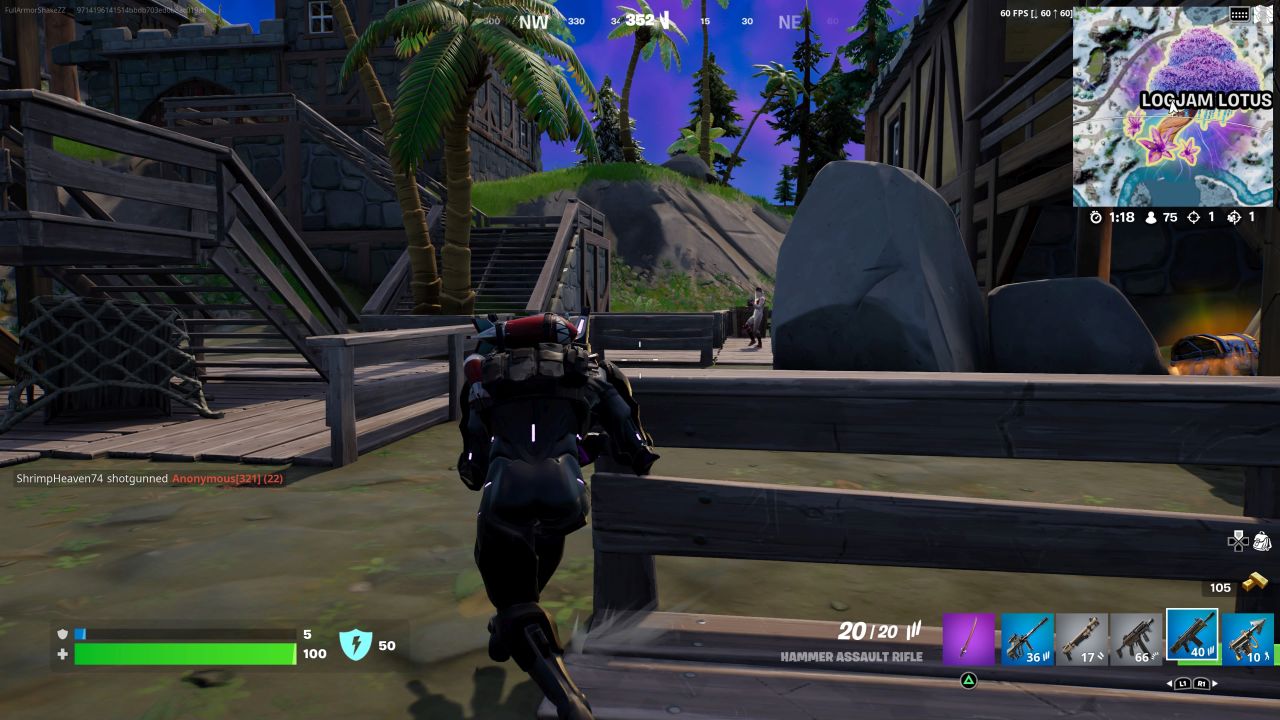 When you manage to defend yourself against any enemy, you will have to be on the lookout for other players who may run past. It’s also good to check and see if you can pick up anything that can benefit you, like some extra shields, medkits, ammo, and (if applicable) building materials.

Don’t draw too much attention

To take advantage of the above tip, you don’t want to give out your location right away. Unless you have a death wish, it is highly recommended that you stay crouched and try to pre-emptively attack any opponent to get the upper hand in a firefight.

At first, being shot can cause you to panic, throw your senses into a frenzy, and in some cases, make poor judgments. Instinctively, when you get shot at in Fortnite, you start building walls around yourself and reinforce them with a ramp. This is where the sound circle is a godsend. In addition to getting a red curve when you get hit with a bullet, the sound circle will tell you in which direction the noise of nearby gunshots and footsteps is being made.

Use them carefully so you know exactly where your opposition is coming from. Once you have a general idea of ​​where your targets are, you can easily assess the situation by running away or engaging them.

In addition to not drawing too much attention, you also don’t want to immediately loot items from a dead player. It can be used as bait for snipers and other long-range players to take you down. You have to wait a bit for the dust to settle to know that the loot being dropped is completely safe, even if there’s a gold weapon in the mix.

What you can also do is build some walls around the dropped loot so you can use your heals to recover lost health and loot the valuables. 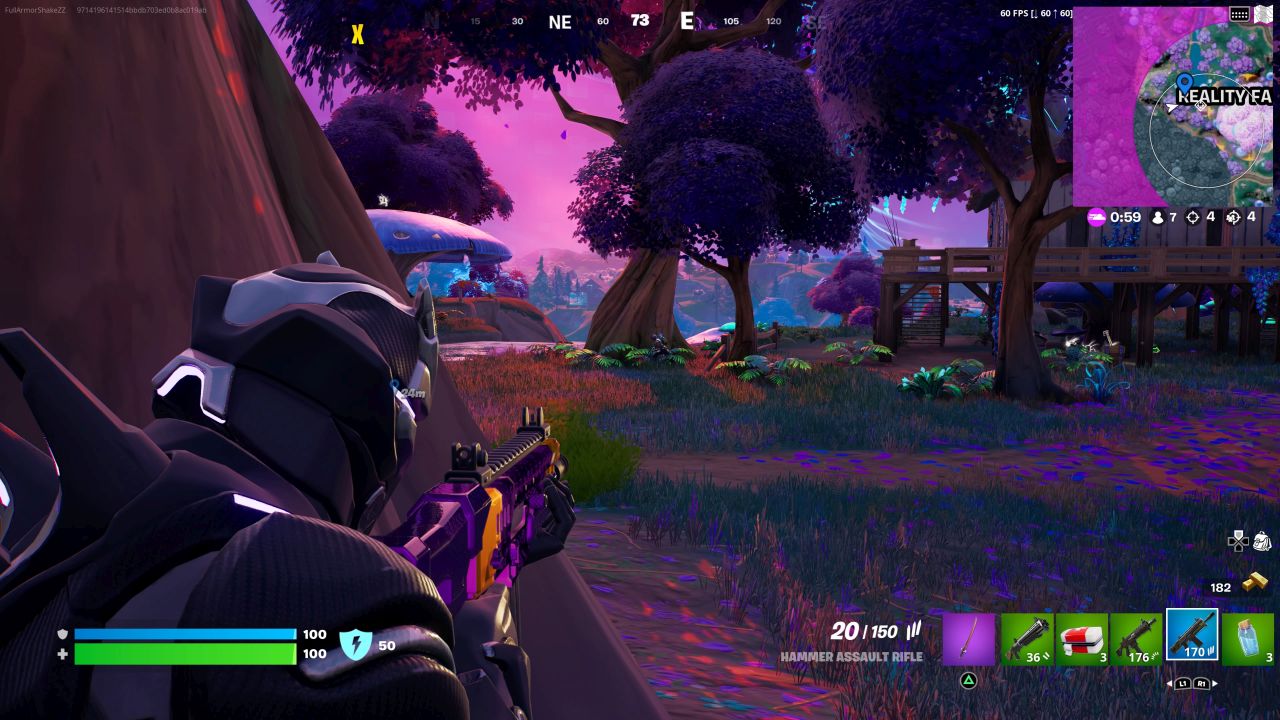 Build battles have been the meta in Fortnite since 2017. By the time a player gets shot, the toughest players are “ripping 90” and using shotguns to double-shot any opponents who miss their massive structures. .

Travel with a decent inventory

If you fight a few players and manage to survive, you’ll want to start traveling with stronger items. Drop those gray and green weapons for the purple and gold ones. Other players will be well equipped, so you’ll want to match their loadouts for a fair fight!

(Squads) Make calls and use the ping system

As the public transport companies say, “if you see something, say something”. If you see a squad running past you but your teammates don’t see them, tell them. He will then discuss whether or not he should participate. Is an enemy closing in on you and you need backup? Ping or call and pinpoint the location of a threat so your friends can help. 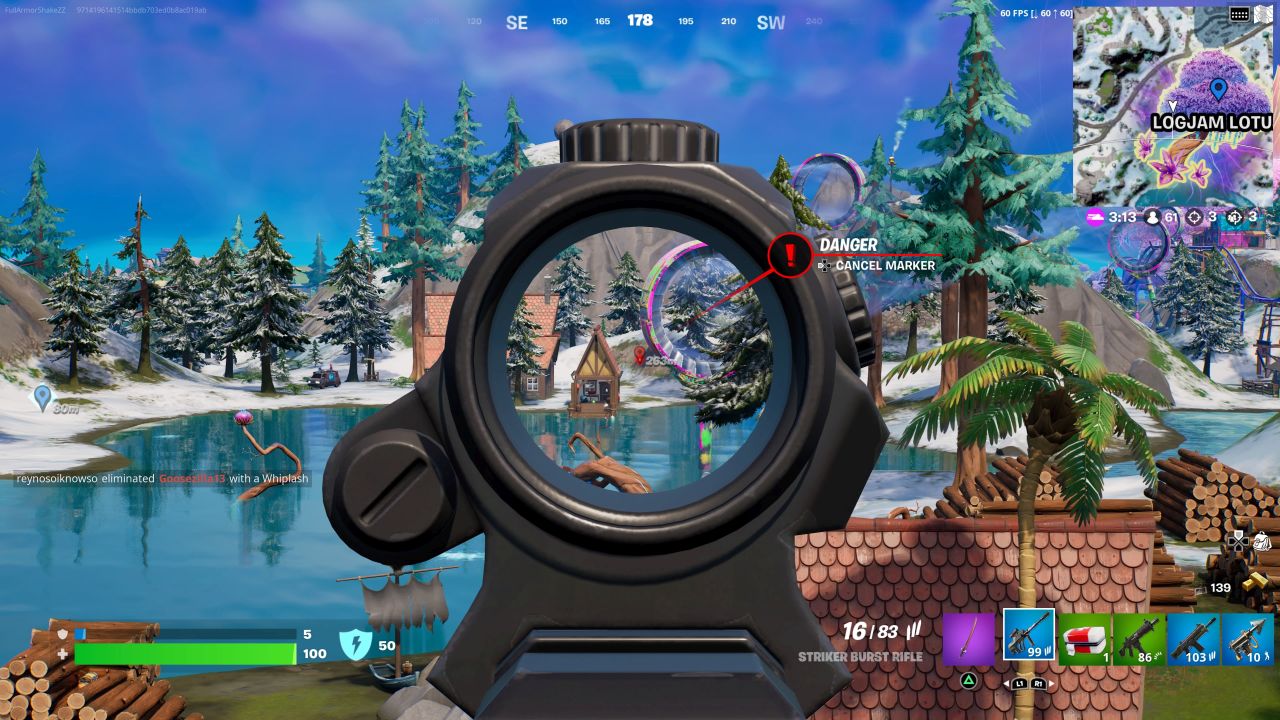 While you might want to finish off a player downed for challenges or XP, you might want to wait for that. A player in a down state means that he has other teammates that are still running. You want to make sure an entire squad is wiped out when you shoot a player down to 0 health and they die immediately instead of going down. A greedy player can end up in a similar position.

(Squads) Don’t split up. travel as a team

There is strength in numbers. If you have a team of four to pick off stragglers and people who drift away from your squad, you’ll have an easy time picking players and weakening other teams. You don’t want to end up being the easy pick because you decided to get greedy for some unusual loot.

(Squads) Don’t be a gun hog

What good is that third gold AR in your inventory if the other members of your team are still sporting blue and green? More firepower distributed among your teammates means you’ll be able to take down your opponents with ease.

See the circle of the storm 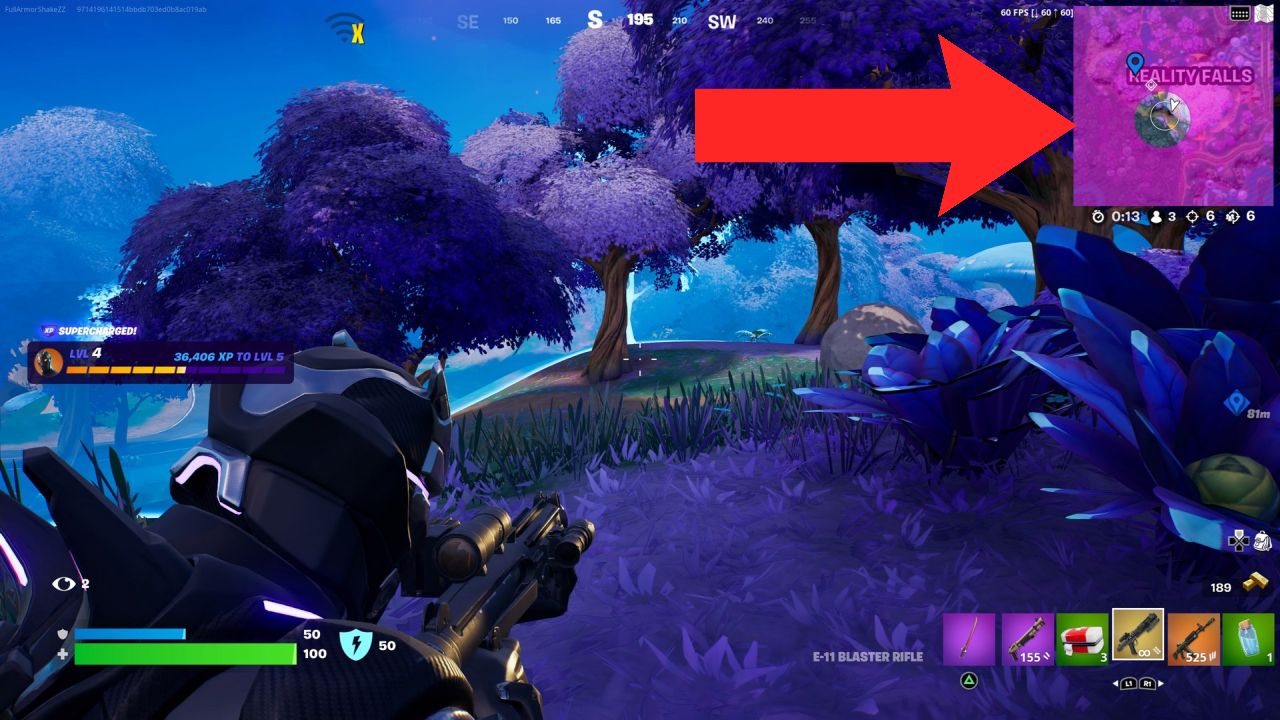 One great thing about battle royale games is staying inside the circle. Being outside of it often hurts, and it only gets stronger the smaller the circle gets. Make sure you are inside it at all times. You don’t want to be too close to the rim because other teams will camp a little further in and take down runners.

If you’re one of those people who always runs right in front of the storm, you’ll get ambushed and now you have to worry about gunshots and storm damage over time. It’s an easy kill for the enemy!

Being aware of your surroundings is one thing, but knowing where the shots or footsteps are coming from is another thing. Let’s say you land in a highly populated area and find yourself looting a building. Listen carefully if people are chipping at walls, looting chests, or just walking around. All of these sounds will tell you where the danger is, so keep that in mind.

Knowing an enemy’s location with one of your senses puts you in a better place to judge whether or not you can engage them. Chances are, if you can hear an opponent making noise while walking, he can hear you too!

Fortnite is free to play on all major platforms like PlayStation 4 and 5, Xbox One and Series consoles, Nintendo Switch, mobile and PC.

Everything leaving Netflix UK in May, from movies to TV

How to find the deep dark ancient city in minecraft

Microsoft explains why Call of Duty will stay on PlayStation after...

Minecraft Build recreates a French town at 1:1 scale after 600...

The best Bullfrog loadouts in Call of Duty: Warzone

Fortnite, the war in Ukraine and the banned books

Anime crossovers we want to see in Fortnite

How to cover 5 times in 5 seconds (Easy)