When Minecraft first launched, there weren’t many varieties of blocks. However, players used to create amazing constructions with a limited number of blocks. Now that Minecraft has hundreds of new blocks and items, players’ creativity knows no bounds.

In this sandbox game, imagination is the only limit one can face. Nearly endless worlds beckon players to come and show off their creativity. Players can build anything they can think of, be it a castle, a river, a mountain, or an entire flourishing city filled with houses of all kinds.

Using different color themes, players can give their builds personality and make them stand out. In this article, players can see some inspiring and impressive builds made mostly from white blocks.

Diorite is one of the less popular white blocks in Minecraft. Many players, including some content creators, don’t like diorite blocks and try to avoid using them in their builds.

However, there are no ugly blocks in this game. When used properly, even buildings made from diorite will look beautiful.

Players can take inspiration from Reddit user u/FabulouslyDani’s mansion made of diorite and granite. OP has used a mixture of polished diorite and regular diorite to create the walls, while polished granite and regular granite make up the roof of the building.

Construction includes other blocks with white textures such as smooth stone, white concrete, and end rods. It’s an impressive build and is sure to inspire players to implement diorite in their builds.

Concrete and acacia are two of the prettiest block types in Minecraft. The acacia blocks have a beautiful bright orange texture that blends surprisingly well with the white concrete blocks.

Players can take inspiration from Reddit user u/UrFaceIsAsHom’s small town consisting of a few houses. All the houses were built mainly with white concrete blocks and had a simple roof made of stairs, slabs and acacia blocks.

OP also included some diorite blocks to add a gradient to the build. Players can also see some nice banners hanging from the edge of the awning.

Along with the white concrete blocks, players can also add sea lanterns to the build. The marine lantern resembles modern lighting and, being a block, easily fits into constructions.

Igloos are one of the many naturally generated structures in Minecraft. Unsurprisingly, they’re made of nothing more than blocks of snow. However, they are quite small and do not have enough space for a player to live.

Players can create their custom igloos using snow blocks. A warm and cozy igloo in the middle of a snowy biome would make a great place to live in Minecraft. 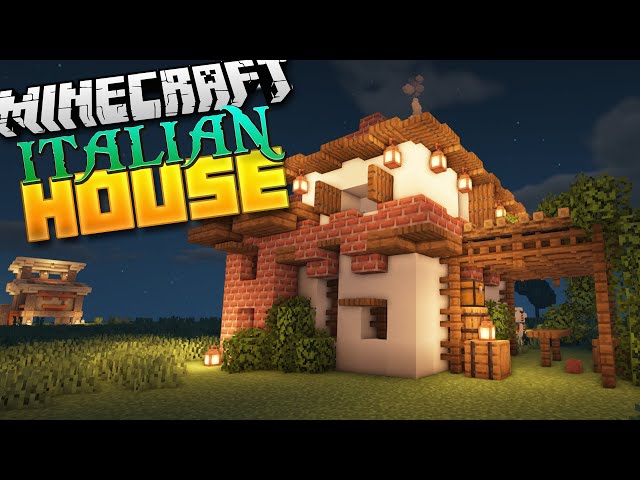 Italian villas are generally made of walls consisting of blocks ranging from white to gray textures. Players can replicate a similar design using white blocks like white concrete, white concrete powder, diorite, etc., in Minecraft, as Redditor u/squaremario did.

OP created a small and simple two-story villa with white concrete, bricks and fir blocks. There is also a small atrium right next to the building. Players can use a similar block palette to create a house in Minecraft.