The ability to tame mobs has become one of the most beloved mechanics in Minecraft. The mechanic was initially implemented alongside the neutral wolf mob in one of the Minecraft Java Edition Beta 1.4 beta versions.

Since then, the list of mobs that players can tame has only grown. Starting with just one tameable mob up to all twelve tameable/reliable mobs in the game currently. 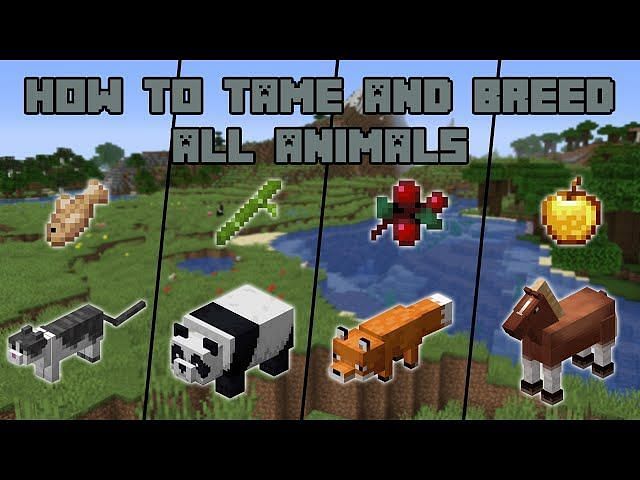 Minecraft 1.19 (released June 7, 2022) includes the tamable/reliable Allay implementation. For players old or new, here is a rundown of the list of mobs that can be tamed in Minecraft. 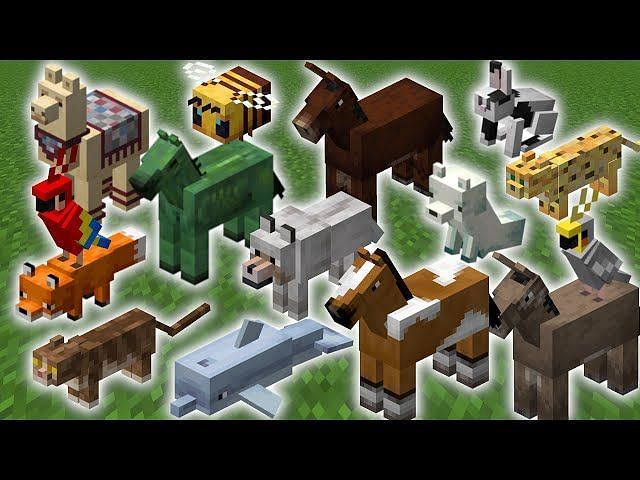 Taming and raising mobs are mechanisms that work in a similar way. Each specific mob has a certain item (usually food) in the game that triggers the breeding and taming mechanics of it.

Most of the time, all players have to do to tame a mob is right click on the mob with their preferred food item in hand until red hearts float around the creature, meaning the mob has been domesticated.

Here is a complete list of the twelve mobs that can be tamed or are capable of building player trust in Minecraft:

Cats are passive mobs found in both villages and swamp huts. Currently, there are eleven different furs that cats can have, ranging from jet black to calico. The process of taming cats can be tedious as skittish creatures will flee from players within a seven block radius.

The trick to taming a cat is to approach it slowly with raw cod or raw salmon in hand. Once close enough, the alley cat will slowly crawl towards the player, making it infinitely easier to right-click the cat with the fish to tame it. That said, if the player moves too fast or stops holding the raw fish, the cat will stop approaching and run away.

Donkeys and mules are one of the six mountable mobs in Minecraft. The process of taming one of these mobs can be time consuming, but the benefits of having a rideable pet far outweigh the tedious steps.

With nothing in hand, the player simply needs to keep right-clicking on the donkey to ride it until it stops pushing the player. After some effort, the red hearts will appear signifying that a mob has been tamed. The player will then be able to put a saddle on the donkey and ride it without being pushed.

These mobs can also be equipped with a chest that allows players additional storage space while traveling on their newly tamed donkey.

Horses function very similarly to donkeys when it comes to their specific method of taming. This rideable mob also requires the player to continuously ride it until the horse stops pushing the player and is officially tamed. There are currently a total of thirty-five horse skins in the game, giving each variant a certain rarity.

Unlike donkeys, these mobs can be equipped with armor to strengthen their defenses while exploring the overworld of Minecraft.

Llamas are neutral mountable mobs that spawn exclusively in Windswept Hills and Savannah Plateau biomes. Their taming method is identical to that of donkey and horse mobs. Unlike horses and donkeys, where a saddle is needed to mount the mob after they’ve been tamed, llamas only require a rug to ride on once they’ve been tamed.

Parrots are rare tamable mobs that spawn exclusively in jungle biomes. Since both jungle biomes are so rare to find, these chatty, tameable mobs are almost never found in the game.

If a player comes across one, all they need to tame the parrot is wheat, melon, pumpkin, or beet seeds. After being tamed, parrots can mimic the sounds of nearby hostile mobs and perch on the player’s shoulders.

Skeletal Horses are an undead variant of horse mobs that have a chance to spawn when lightning strikes during an in-game thunderstorm. These skeleton horses are incredibly rare to find, but even more difficult to tame.

When spawned, these horses will have a skeleton mounted on their backs and will be immediately hostile towards the player. Only if/after the skeleton is killed will the skeleton horse become passive and tamed by the player.

Trader Llamas are special variants of regular llama mobs. These mountable mobs will only spawn when a wandering trader spawns near the player. To get these special llamas from their original owner, players must kill the wandering trader and stay away from the angry llamas until they cool down.

Once they have cooled down and have stopped spitting at the player, they will be automatically tamed and manageable.

Wolves are a classic example of mobs that can be tamed and kept as pets. These neutral and tameable mobs have been in the game since the Minecraft beta. They have set the stage for all the tameable mobs that have arrived after their initial release during Minecraft Java Edition Beta 1.4.

The only item players will need to tame a wolf is some bones. Once tamed, a red collar will appear around the wolf’s neck. The color of this collar can be changed by right-clicking on the tame wolf with any dye color in hand.

Axolotls are not technically tameable in the game, but they can gain the trust of the player character. This lovable aquatic mob can gain their trust by tempting them with a bucket of tropical fish and then scooping them up in a bucket to keep the mob from disappearing.

An axolotl that trusts the player will grant a handful of buffs. They will follow the player into aquatic combat against hostile mobs such as Drowned or Guardians, granting them effects such as regeneration and Miner Fatigue removal if the player assists the axolotl in the fight.

Foxes are passive mobs that cannot trust the player if the animal spawns naturally. To produce a confident fox, the player must breed two naturally spawned foxes. The offspring will be a domesticated baby fox.

The tame baby will still follow untrusting adult foxes, so players must either catch the adult foxes until the tame baby grows up or kill both adult foxes. The unsuspecting fox will act similar to a wolf, defending the player against a series of hostile mobs.

Ocelots are a passive mob that is similar in its skittish personality to the regular cat variant of this mob. These jungle-dwelling animals can gain your trust by feeding them raw cod or salmon. An unsuspecting ocelot will not run away from the player.