Minecraft is best known for some of its unique blocky creatures that roam the world and terrify players come nightfall. More than a handful of mobs have been added to the game over the years, with many becoming favorites among the community.

That said, the question of which mobs weren’t added to the final version of the game and its next series of updates is easy to miss. Minecraft has had a lot of scrapped mobs that have never seen a public release or were scheduled as a seasonal joke and then removed. 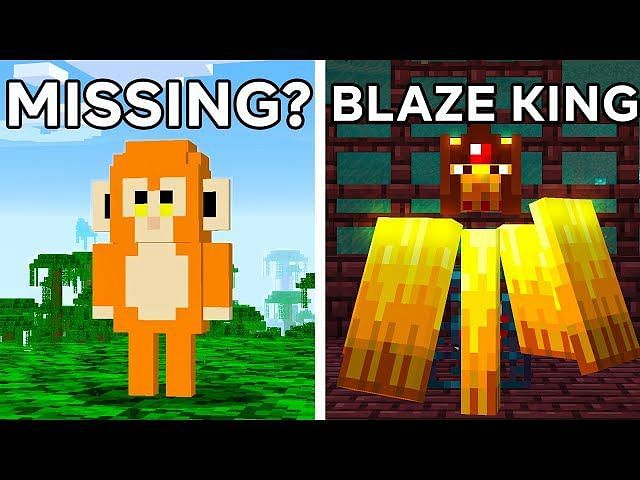 Full list of mobs that have been removed from Minecraft 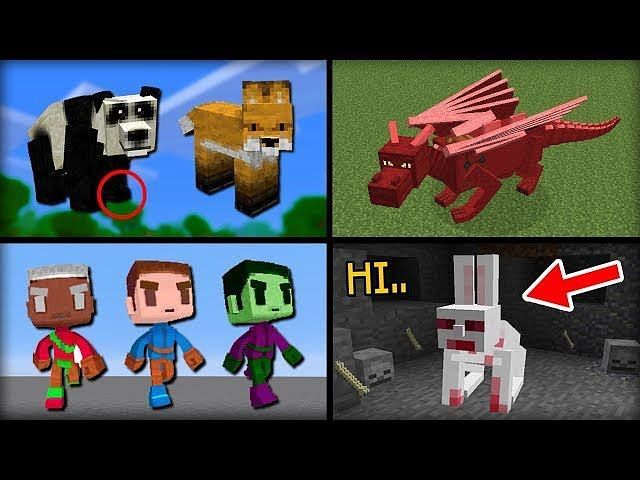 Minecraft has seen many additions to its growing list of hostile, passive, and neutral mobs. However, for every mob that made it to the final cut, at least three have been conceptualized and inevitably scrapped.

Here is the full list of mobs that were either discarded prior to implementation or removed after a brief inclusion in Minecraft:

Red dragons they were a mob concept that went into conceptualization while, simultaneously, the programming team began work on the Ender Dragon implementation. They were originally intended to be the friendly counterparts of the world-eating black dragon that reigns over The End.

It was meant to be a mob that players could tame and ride in the rear, but it never came to fruition, much to the player’s dismay.

Fortunately, Killer Bunny is still available in current versions of the game, but can only be spawned with commands, similar to the Giant. This tiny, ferocious beast was initially implemented in a snapshot to have a 1/1000 chance of spawning in the overworld. This chance was reduced in a later snapshot to a chance of 1/2500.

If one were to appear in the overworld, it would start jumping towards the player upon seeing it and, on hard mode, deal up to six hearts of damage. Killer Bunny was later removed from snapshots entirely and can only be summoned via commands in the final version of Minecraft.

The Indev MD3 Mobs (Beast Boy, Black Steve, Steve, and Rana) look very unique compared to what players are used to seeing in Minecraft. These four human mobs were less animated and used to test early game mechanics during its early development.

The removal of these four mobs came about when the artist who created them left the initial production team.

Diamond Chicken was the first of a few mobs featured on this list that were introduced to the game as a prank for April Fools. While the mob may look like a normal chicken with blue skin, it works differently than normal chickens. While normal chickens would drop eggs in the overworld, the diamond variant would drop lapis lazuli or diamonds.

While it has been removed, this mob has those looking to create endless and intricate diamond and lapis lazuli farms pushing for a comeback.

humans They are a rare thing to find in Minecraft. Currently, only villagers and player characters are considered human in the entire game world. That wasn’t always the case, as in previous versions of the game, there was a passive human mob walking the overworld, similar to the behavior of mobs of villagers today.

There was also an identical hostile counterpart to this mob in those early versions of the game titled “Monsters”. However, it is likely that those hostile versions of the human mob turned into zombies later in the development line.

the nerdy creeper Y The smiling creeper they are effectively redesigned Creepers added to the game as pranks for April Fools’ Day.

The Love Golems were another timed in-game prank for April Fools. They are identical in texture to their iron counterparts, except these friendly titans were tinted pink and had a heart on their chest.

Unfortunately, their harmless design rings true as these mobs will not attack any mobs, regardless of whether they are hostile or passive. This mechanic effectively renders them useless in the game, so these mobs are unlikely to return any time soon.

The Pink Wither was another mob implemented in the game as a joke. As the name suggests, this mob was a goofy retextured pink version of Wither. To be summoned, all players would need is pink wool and potted roses in the same T-formation that a normal Wither would create.

These mobs behave in the exact opposite way to their hostile counterparts. They are passive mobs that can be given sugar to grow more heads, grow grass and flowers on the ground, and even heal other mobs. A later snapshot turned these passive mobs into hostile creatures with the ability to shoot pink skulls like the original Wither.

red stone bugs they were an annoying mob that came into the game around the time of April Fools’ Day. Similar to how normal silverfish spawn when a player breaks specific blocks of stone, these redesigned red silverfish mobs had a chance to spawn near redstone blocks, as well as when players were mining ore/stone blocks red.

Considering that silver fish are not the player’s favorite mob, it is unlikely that these red bugs will appear again in future updates.

Barnacle was one of four mobs that competed for the live mobs vote during MineCon Earth 2017 (the other three being: Wildfire, The Great Hunger, and what is now known in-game as The Phantom). She came so close to being implemented in the game, but so far, the aquatic mob has been removed after the first survey.

The mob (also known as Mob A/Monster Of The Ocean Depths) was described as a sizable squid-like creature that would spawn in the deep ocean biome and attempt to drown players by dragging them underwater with its long tongue.

forest fires (also known as Mob D/The Hovering Inferno) were classified as a type of Blaze. It is very similar in design to the classic fiery mob, except this version has rectangular shields that rotate around it to defend against the player’s attacks.

They can also unleash a shock wave of deadly flames towards the player character. Unfortunately, this mafia was eliminated in the second round of the polls.

the great hunger (also known as Mob C) was a squat, lizard-like creature that burrowed into the ground, camouflaging itself, and feeding on mobs and objects with huge jaws.

The mob was described as having a “huge appetite for enchanting powers”, implying some mechanic that would allow players to enchant/disenchant their tools. Sadly, this mob lost out in the final round of polls and was never considered an addition to Minecraft.