Epic Games loves to end Fortnite seasons with Doomsday live events. After two previously successful Doomsday events in the game, it looks like Chapter 3 will have one too. Leaks suggest that the Imagined Order has a device that is ready to bring chaos if everything goes wrong in the war against the Seven.

A few days ago, Jones asked players to place reconnaissance cameras around Loot Lake. This week 6 mission predicted the presence of something sinister within Loot Lake. As new leaks surface, it appears that there is a Doomsday device within the lake, and Paradigm can already sense its energy.

Fortnite Chapter 3 Season 2 will revolve around this Doomsday device. As exciting as it sounds, Epic Games has yet to make any official announcements. Players are therefore looking for any details they can find about the upcoming live event. 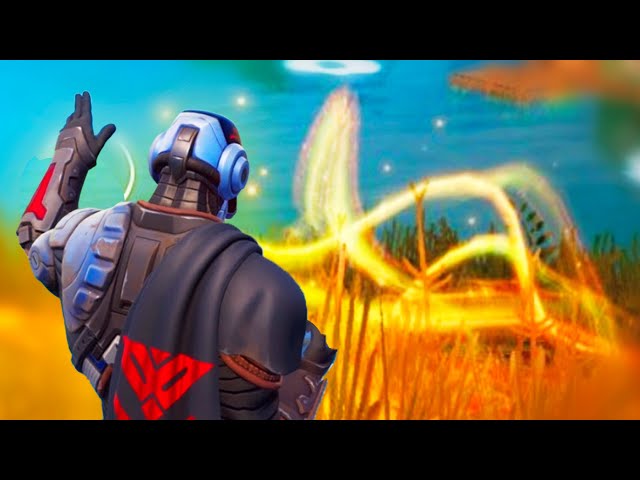 The current season is set to end on or before June 3, 2022. Therefore, players can expect Chapter 3 Season 3 to drop right after that. However, no season can end without an immersive and suspenseful live event. As the season draws to a close, leaks about the upcoming live event have already started to pour in, and discussions about it have stirred up within the community.

The Egyptian Leaker shared a thread of tweets covering everything they know about the Fortnite Chapter 3 Season 2 live event. According to them, Paradigm can feel some unrest around Loot Lake. The Origin will soon send players out to find an energy fluctuation.

-Paradigm has detected an energy fluctuation around Loot Lake
-In an upcoming Week 8 quest, Origin will ask you to use a Backbling Sensor to find a power fluctuation.
-After completing the quest, The Origin will say “That’s not good. We’re in trouble. Big. Trouble.”
(1/3)

Once players complete the quest, The Origin will inform them that the power fluctuations are not good and the island is in big trouble. This can only point towards the imminent death that awaits the players.

The Egyptian Leaker has discovered what the Doomsday device will look like. According to them, it will be below Loot Lake, where the water level will soon begin to drop, revealing the device. Two chests will also spawn at the unnamed location.

-This 100% has something to do with Jones’ week 6 quest (“Doomsday Reconnaissance”) when he asks you to place reconnaissance cameras around Loot Lake. There are now 2 IO Chests Spawns UNDER water in Loot Lake (via @koooooomar) which could mean that the lake water will go down (2/3) https://t.co/A8Po6k8Y5V

According to these leaks, the Doomsday Machine milestone should appear in the next update arriving on May 17, 2022. This certainly has something to do with the Chapter 3 Season 2 live event taking place on June 3, 2022. 2022.

-And finally, there is a nearby landmark (unnamed POI) codenamed “DDMachine” which stands for “Doomsday Machine”. since Loot Lake is also an unnamed location, The Doomsday Device is most likely in the middle of Loot Lake and SHOULD happen with the next game update.
(3/3)

-And finally, there is a nearby landmark (unnamed POI) codenamed “DDMachine” which stands for “Doomsday Machine”. since Loot Lake is also an unnamed location, The Doomsday Device is most likely in the middle of Loot Lake and SHOULD happen with the next game update (3/3) https://t.co/2Skxt6VHeB

For Battle Royale players and fans, it will be interesting to see if the Resistance is able to beat the Imagined Order. The future of Zero Point hinges on the upcoming Chapter 3 Season 2 live event, and everyone is looking forward to it.