Since then Spider-Man: Into the Spider-Verse aired, the Fortnite community has been eagerly awaiting a collaboration with the iconic franchise. Given his comic book art style, he would have certainly been a perfect fit for the Metaverse. Unfortunately, nothing came to fruition in 2018.

Fast-forward to December 2021, Spider-Man has finally been added to the game in all its glory. Along with the friendly neighborhood web-slinger, the Spider-Man Mythic Web Shooters were also thrown in for the loot. 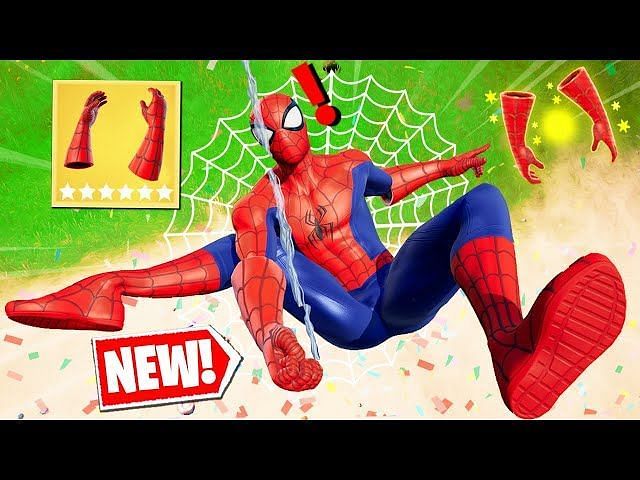 According to many players, they worked even better than the ones in the Avengers game. As amazing as this crossover was, there was definitely something missing: Miles Morales.

While Spider-Man may have a huge following, Into the Spider-Verse brought Miles Morales to center stage. Given the protagonist’s younger age, he would clearly resonate well with gamers. Therefore, when the first images of the superhero were found inside The Daily Bugle, the community was filled with excitement.

Interestingly, these images featured Miles Morales and Prowler. However, only the latter (also Miles Morales’ uncle!) was added as a battle pass skin in Fortnite Chapter 3 Season 2. Given this fact, one has to wonder how long it will be before Miles Morales is added. to the game. Well, if the rumors are true, it won’t be long.

SPIDER-MAN: We could (!) a Miles Morales or Prowler skin if these hints on the map mean anything!

According to the Fortnite newsroom, we’ll be getting a LOT of new Spider-Man related skins, so this is definitely possible!

SPIDER-MAN: We could (!) a Miles Morales or Prowler skin if these hints on the map mean anything! According to the Fortnite newsroom, we’ll be getting a LOT of new Spider-Man related skins, so this is definitely possible! (Thanks to @GranbeFN & @timelessorder for help) https://t.co/8OQFdajHPS

According to the epic games website announcing “Fortnite x Marvel: Zero War!” comics, the first due June 8, 2022. The website also specifies that players will be able to redeem a code to receive the “Spider-Man-Based Outfit” after purchasing the comic. This will also be available for purchase in the Item Shop later on.

Since numerous variants of Spider-Man have been added to the game, from the comics and even the Tom Holland version, the only one left is Miles Morales’ iconic black and red suit. Interestingly, an exclusive cover for the first issue of the comics was leaked a few days ago. It’s called the Marco Turini Exclusive Variant Set and features none other than Miles Morales himself.

However, the character shown on the cover is not from the cinematic universe, but rather from the comics. However, with Fortnite adding more MCU characters to the game, this may be the first artistic look at the upcoming Miles Morales skin.

That said, readers will have to wait until the end of the month to see if this theory holds up. Since skins are usually leaked a few days before they become available in-game, leakers should be able to check if the redeemable skin is actually Miles Morales’ skin.