Fortnite seems to have gotten a second wind with Chapter 3. A lot of prominent content creators like Ninja, CouRage, Dr Disrespect, and Tfue constantly stream the game and appreciate the recent updates put out by Epic Games.

Ever since Fortnite became one of the biggest games in the world, the internet has left no chance to call it boring, dead, and whatnot. However, the numbers tell a different story. It is one of the most viewed games on Twitch and YouTube right now, and this is the reason behind its contemporary success.

Chapter 2 Season 5, which was released in December 2020, was one of the worst seasons ever. Bounty hunters from various universes such as Star Wars, Halo, and Predator came to the island to save the Loopers.

Later seasons have been significantly better as the game progressed towards the end of Chapter 2. The story became more intriguing, and the community held the new content in high regard. Live events like Ariana Grande’s Rift Tour set the bar very high in terms of quality, and even the crossovers were highly praised.

The Naruto X Fortnite teaser will overtake the Chapter 2 trailer tweet in terms of likes in 1-2 hours.

This collaboration is already a success and a great foundation for great things to come.

The Naruto X Fortnite trailer will overtake the Chapter 2 trailer tweet in terms of likes in 1-2 hours. This makes the tweet the second most liked tweet Fortnite has ever posted (AFAIK). This collaboration is already a success and a great base. for the great things to come. https://t.co/39NtqsmfJ7

Also, Dwayne Johnson, arguably one of the most popular people in the world, turned out to be the voice and face of The Foundation, the protagonist of the Chapter 2 and Chapter 3 storyline.

It’s time to launch THE FOUNDATION! You stand in the way… it’s your funeral.
Play as The Foundation NOW. @GameFortnite

It’s time to launch THE FOUNDATION! You stand in the way… it’s your funeral. Play as The Foundation NOW. @GameFortnite ~f https://t.co/vws81xbdd2

So, even though crossovers have been a bone of contention among some players, they certainly won the game for many new players.

Fortnite no longer sweats, thanks to Zero Build

The aforementioned factors have just laid the groundwork for Fortnite’s second run as the best Battle Royale game out there. The real game changer was Chapter 3, which was based around a new map with fan-favorite items like Klombo, different terrain, Tilted Towers, and more. 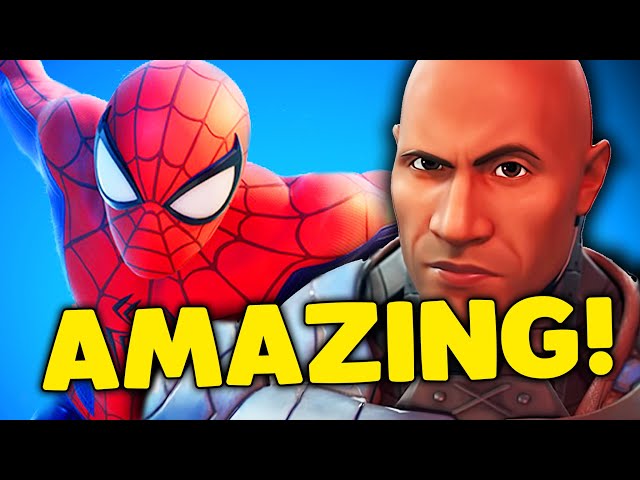 Updates during Chapter 3 have been loaded with content. From map changes to new weapons like the MK Seven and Spider-Man’s Mtyhic web shooters, the developers have made sure that the Loopers always have something new to look forward to.

The spray and pray meta has been a concern for some players, but there’s no denying the fact that the game feels much better with new features like Slide, Tactical Sprint, Tactical Overshield, Parkour, and Mantle.

This was the coolest win I’ve ever had in Fortnite.

This was the coolest win I’ve ever had in Fortnite. https://t.co/n7GdUx3fzS

One of the main reasons that hindered the growth of Fortnite during Chapter 2 was the community itself. The skill gap between veteran and new players was huge due to mechanics like building and editing. It was impossible for newbies to adjust to the meta without getting trampled by someone who had a lot more experience building.

Bro Fortnite removes the build and Tfue and Cloakzy return to win a $100,000 tournament like it’s 2018 all over again.

(also yells at Scoped his trio)

Bro Fortnite removes the build and Tfue and Cloakzy come back to win a $100,000 tournament like it’s 2018 again, wtf is life (also yells at Scoped his trio)

With the introduction of the Zero Build mode, players could face off against like-minded opponents. They were no longer required to be good at building to enjoy the game. This explains why Dr. Disrespect, who has always been one of Fortnite’s biggest critics, plays tirelessly through Chapter 3 Season 2.

Similarly, content creators who can’t test meme strategies in sweaty lobbies can switch to Zero Build mode and have fun there. The Zero Build tournaments have been just as great, with the likes of Tfue and Nick Eh 30 loving to take part in them.

All in all, everyone returns to Fortnite because it now meets the demands of all factions of players. It’s safe to assume that Epic Games’ battle royale title will reach new heights with constant updates and map changes.