Very few have been able to maintain such a fascinating and dominant presence within electronic music while undergoing multiple transformations, one of them being Julian Scanlan, also known as slushii. Slushii recently released a new full-length album titled ELE (Extinction Level Event) in early March at Monstercat. We sat down with Slushii just before his Ultra performance in Miami to discuss everything from new music to a possible collaboration with Rosalía and much more. 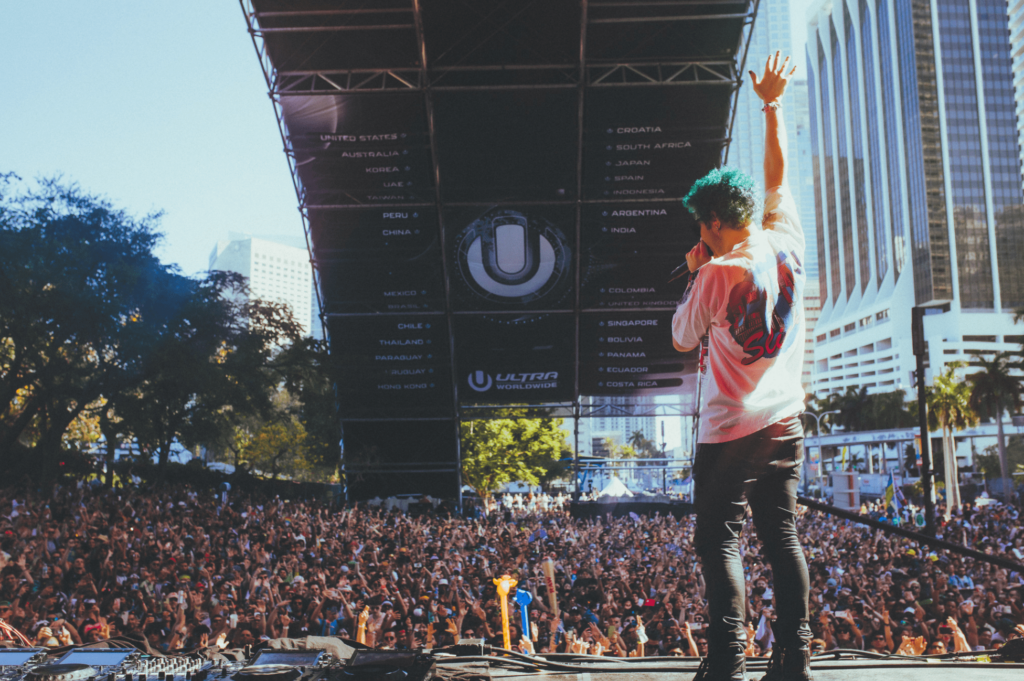 Hi Julian, thank you so much for taking the time to speak with us. How does it feel to be back in Miami?

It’s great. I have been on this boat 2 or 3 times. It’s like going back to high school all over again. Just another year.

You just released your new album “Extinction Level Event”. Can you tell us more about the creative process behind putting that album together?

ELE was my 2-3 year journey to find out what I wanted to say through my music and why I wanted to say it. The message was very long at first and then I realized how I could shorten it because the attention span is so short.

What made you choose that name?

Do you ever imagine yourself expanding the world of ELE?

So this is the first time anyone has actually mentioned this. So Rosalía, if you’re watching this right now, I feel like an idiot. She sent me a DM about 5 years ago. In 2017 she DMed me and I’m not much of a social media guy. I am, but I’m not. Then the messages would just be filtered out. Her DM was leaked as harmful or spam… Mark Zuckerberg, thanks. The collaboration with Rosalía was probably removed because of that, but who knows; you never know I would say, Rosalía if you are reading this, I love you. I would love to make something happen. It would be super cool. I legitimately didn’t see your DM. You probably won’t see this, but thanks for contacting us 5 years ago. Instagram sucks.

I see you only follow one person on Twitter: Kanye West. What does Kanye West mean to Slushii?

Kanye West is… I’ll say… I see what he’s trying to do and I agree. Like what you’re trying to do with the stem player. I see you’re trying to usher in a new era like Steve Jobs did by bringing iTunes, bringing the iPad. Give people something that they can physically hold and that just does what it’s supposed to do. It’s so simple.

What can Slushii fans expect for the rest of the year? Are you working on any fun projects in or out of music?

Are there any video game companies you would like to work with?

Resident Evil is my favorite video game of all time. Mortal Kombat would be sick. Dance dance revolution. I’m a big fan of that. More Fortnite stuff in the works. That’s my world and I’m glad the fans have heard the story I’ve been telling.

What is the most important piece of knowledge or advice that you have specifically accumulated over the extensive years of touring in the music industry?

I would say sleep more. Name your projects correctly. Please dear sir because I have lost so many projects that way and still haven’t fixed the problem. And live in the moment, enjoy it because that moment is gone as fast as it came. So absorb that moment for as long as you can. So yeah, it’s just living in the moment

Does that keep you inspired?

I think it’s a bit of a double-edged sword because everything is great until it’s not great and it’s about how you take it in. From time to time I will get out of control. But as long as you stay optimistic and have a good group of people around you, you can do anything.

Are there influences or even non-musical influences that played a big part in shaping your current project?

I think Toonami and Cartoon Network. I like anime and a lot of Nickelodeon. A lot of nostalgic 90’s burgers and 90’s cartoon media definitely had a big influence on me.

Who are your top 3 artists to watch this year?

What advice do you have for emerging creatives who admire you, your project and your music?

Keep producing, keep writing and keep moving forward. Whenever you get knocked down, get back up.

Is there anything else you want to tell your fans that has accompanied you throughout your career?