Among video games, Minecraft is now among the most played in the world. And it has proven to be number one. The game offers us a truly open world with unique and flawless biomes, various mobs, amazing delicacies, and various ways to approach the game.

When it comes to encouraging original creativity, Minecraft is unparalleled. However, after a decade of uninterrupted success, people may get used to these games and wish for a change. Because of this, we’ve compiled a list of some of the best Minecraft-like sandbox games that, while they may beat the previous game, can certainly be tough competition.

As its name implies, a sandbox game is one in which the player has almost complete freedom to move and alter the virtual environment. A sandbox game offers free exploration and allows the player to select their own task. Minecraft is considered the best game when it comes to sandbox games. But there are also some contests. These are some of the top 8 games like Minecraft that you can play in 2022. 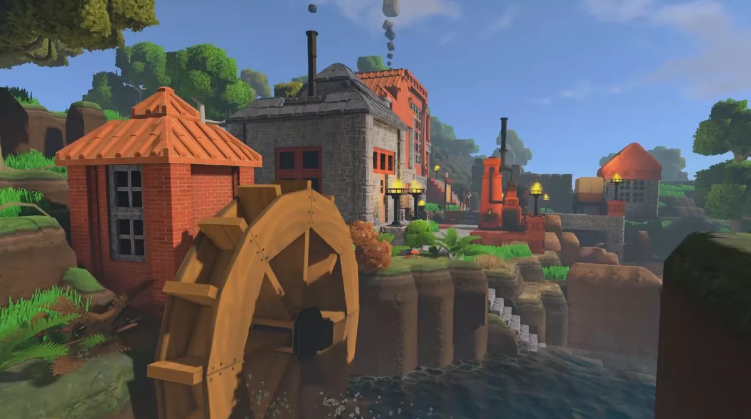 The first sandbox game that can be compared to Minecraft is Echo. This is because the game is based on the same idea as Minecraft and works to bring a meaningful experience and progression of those ideas to the users. Echo, like Minecraft, has been used by users as a game and as a learning tool.

Every aspect of your existence here is intertwined, and you must lay the foundation for a new civilization from scratch. To avoid polluting the water supply and eroding the land, you should carefully select the location of your crafting center and only cut down trees there. There are many different game modes, but one of the most difficult is working together to create a civilization strong enough to stop a meteor from ending the world. Good luck saving the world, mate. 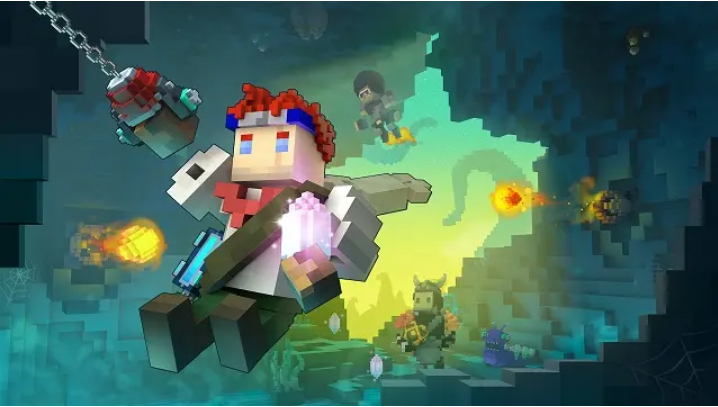 The next game on the list is Trove. Like Minecraft, it is pixel-based in a cubical way, making it a unique voxel game. So the visual style of Trove is quite similar to that of Minecraft. However, it is essentially a multiplayer game, with each player controlling a unique character with their own playstyle and skill set.

The world of Trove is expansive and full of interesting characters and things. Still, like Minecraft, Trove requires you to modify the environment by building tools, working with others, and defeating enemies. Players interested in action will like the game more. So if you want to play a game like Minecraft but on a larger scale, Trove is the game for you. 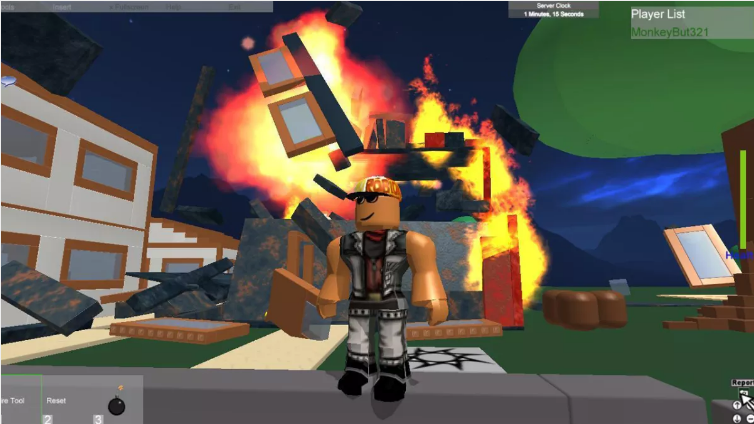 If you like sandbox games, you must have heard of Roblox games. It is considered less of a game and more of a game creation platform. As a result, there are tens of thousands of user-created games, each offering a unique set of challenges and opportunities. Roblox’s incredibly famous online sandbox allows users to do literally anything. You can make buildings or cities and burn them down, you can organize parties with street lights and anything you can imagine.

In recent times, the game has created a fabulous fan base because it is a free platform. It has almost a little something for everyone. If you’re looking for a fun place to spend some time online, look no further than Roblox; It’s also a great place to learn the fundamentals of game development. 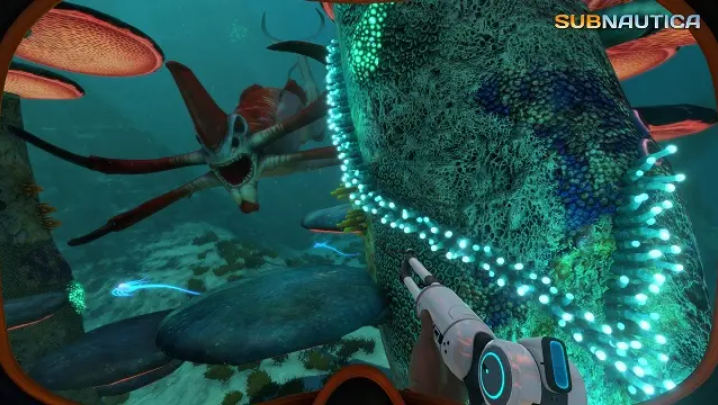 Subnautica is a futuristic underwater survival game where the player is shipwrecked on the strange and aquatic Planet 4546B, a world full of dangerous sea creatures. Like Minecraft, your goal as a lone survivor is to travel the planet, face its dangers, and gather materials to build safe havens, vehicles, and weapons.

However, unlike Minecraft, you won’t just have to worry about food and health while exploring the deep; You will also need to monitor your oxygen levels. Subnautica players will find out as they explore the game’s underwater terrain in search of a new home. As a bonus, the game works well with VR headsets, allowing for a more complete experience. Subnautica: Below Zero, an add-on, is now available in Early Access on Steam. 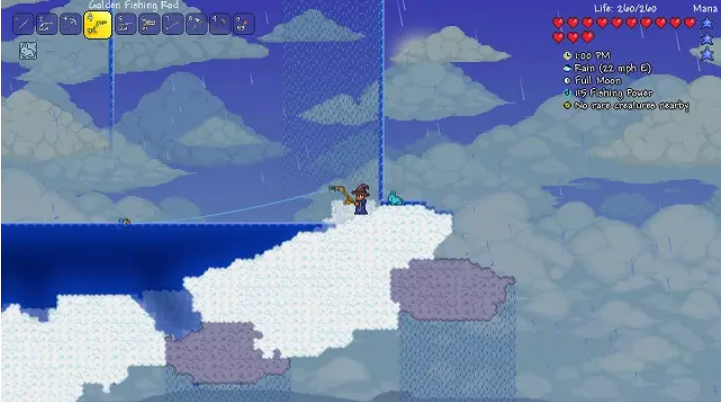 Like Minecraft, Terraria is a sandbox game where the player is expected to explore the game in a vast forest world. You start out with a pickaxe and a sword, which you’ll use to mine for gold and fight zombies, skeletons, and flying eyeballs. Please note that Minecraft has a 3D game and Terraria is a 2D game with a linear progression.

You will be limited to a single route on a path and will not be able to wander here and there. The best part, though, is that you can enjoy the same kind of intriguing exploration, crafting, warfare, and mining that you’ve done in Minecraft. 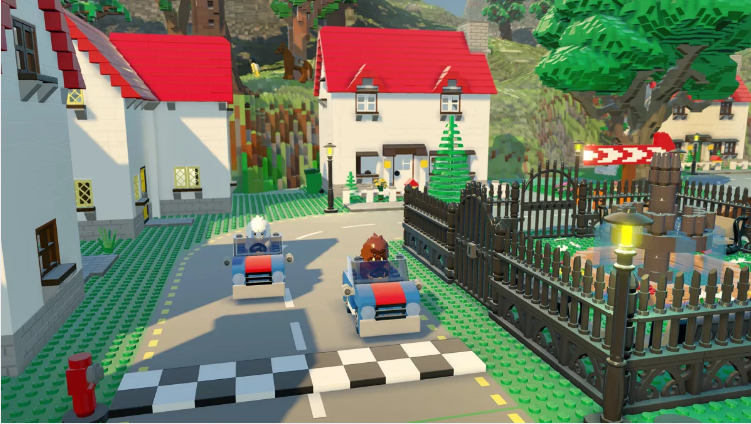 Next on our list is Lego Worlds. Yes, it could be argued that Lego Worlds and Minecraft have a lot in common, as the former is heavily influenced by the latter, which is itself heavily influenced by Lego. In Lego Worlds, you can destroy entire worlds in one fell swoop and rebuild them with the game’s inventory of powerful building tools to create spectacular creations. Additionally, the game offers a campaign mode, collectibles, traditional Lego gameplay, and Peter Serafinowicz’s fantastically dramatic storytelling.

Compared to Minecraft, Lego Worlds is a very close analog due to its open world design, lots of secrets, and the building potential of Lego bricks. It has similar mechanics in that you can design environments and build structures in a procedurally generated 3D world. In addition, you can design your own weaponry, vehicles like helicopters, and even new and strange species. 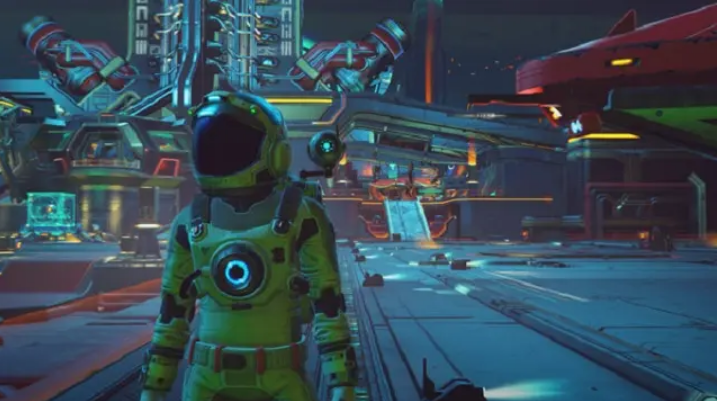 Expanding the concept of an “open world” into the cosmos, No Man’s Sky poses some formidable competition for Minecraft’s endless terrain. A vast cosmos awaits you as you explore it, fight enemies, try to stay alive, and make deals with other players. You can explore new worlds, make new friends, claim and find exotic flora and fauna.

Even though you’ll be traveling to over 18 quintillion other planets, the game’s signature survival crafting cycle remains the same as Minecraft but with the addition of spaceships and aliens. The game started badly because it did not meet the high expectations of the players. Things have changed drastically for the better since then, and there are now a host of cool features worth trying out. 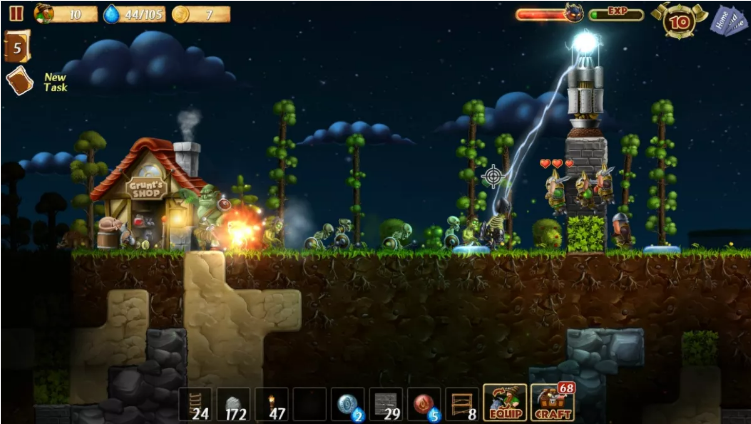 Craft The World is a recently released game where you lead a gang of dwarves to safety from hostile monsters. Just like in Minecraft, players can explore, gather resources, and craft their own weapons out of common household items. You must prepare a dwarf fortress to control the dangerous creatures and keep them away from your biome.

Craft the World puts you in charge of a band of dwarves as they search an underground labyrinth for the materials they’ll need to build incredible fortresses. After spending days building something, the player can start using the game’s library to craft weapons, items, ammo, and more. In Craft the World, however, you are not the only person or thing in the world; instead, you have a team of clandestine homunculi to help you.

Since it is a 2D game like Terraria, many players will not like it, but believe me, it is one of the best sandbox gaming experiences in its original form.

These are some sandbox games that compete well with Minecraft. Many of the above games are made and sold by the Steam game engine. You can try these games on their respective gaming platforms and let us know your favorite game from the list.