Here’s how you can get free Fortnite skins and what has already been given away to players.

Fortnite has a lot of rare skins and other cosmetics, it’s a key part of the game. Every season, players check out the leaks to try and figure out what will be in the next Battle Pass. What if you are looking for free Fortnite skins? The game has a reputation for expensive cosmetics. However, there are free Fortnite skins.

Free Fortnite skins have appeared in various events throughout the game. There are also some that you can get by being part of an external platform for promotions. Then there are the free V-Bucks that Epic is giving away! While most places that promise “free skins” are just trying to gain access to your account, there have been plenty of ways to get free Fortnite skins directly from Epic. You just have to watch out for them.

In this guide, we’ll go over all the free Fortnite skins on offer and how you can get them. Along with what to keep in mind more in the future. And how long you need to play before you can start getting free Battle Passes.

How to Get Free Fortnite Skins

Free Fortntie skins exist. Although they are much, much rarer than the ones you will find in the store. Ultimately, Epic wants players to spend money on V-Bucks. That’s why they put a price on everything so you regularly buy more V-Bucks. However, from time to time they give something away for free. If you play regularly, you can build an impressive locker of free Fortntie skins if you pay due attention.

There are a few different ways Epic have delivered them in the past. We will review all of them here and what to look out for for future free skins. Epic regularly hosts in-game events. These come with quests, new content, and usually a large number of cosmetics. Most are paid. However, this is not always the case. Sometimes as part of a new event, Epic will give out free Fortnite skins, and in some cases, more than one new skin. The most common event for free skins is the winter update.

The Fortnite Winter Wonderland update usually comes with daily gifts. They each give out some kind of cosmetic like a back bling or a banner. The ultimate reward for most of these upgrades is the eventual free skin! Epic usually gives away free cosmetics on New Years. They are not always the coolest skins, but they are free.

Last year’s Winter Wonderland gave away a free Peely mask. One of the most iconic characters in Fortnite. She also had a skin in the style of the most favorite “normal woman” skins in tracksuits.

A good way to get free Fortnite skins is to play during their winter event. However, you’ll need to make sure you log in regularly to open gifts. They are usually the last! While they haven’t always given away free Fortnite skins, they are a common part of the celebration. While you can’t trust it, it never hurts to check it out. 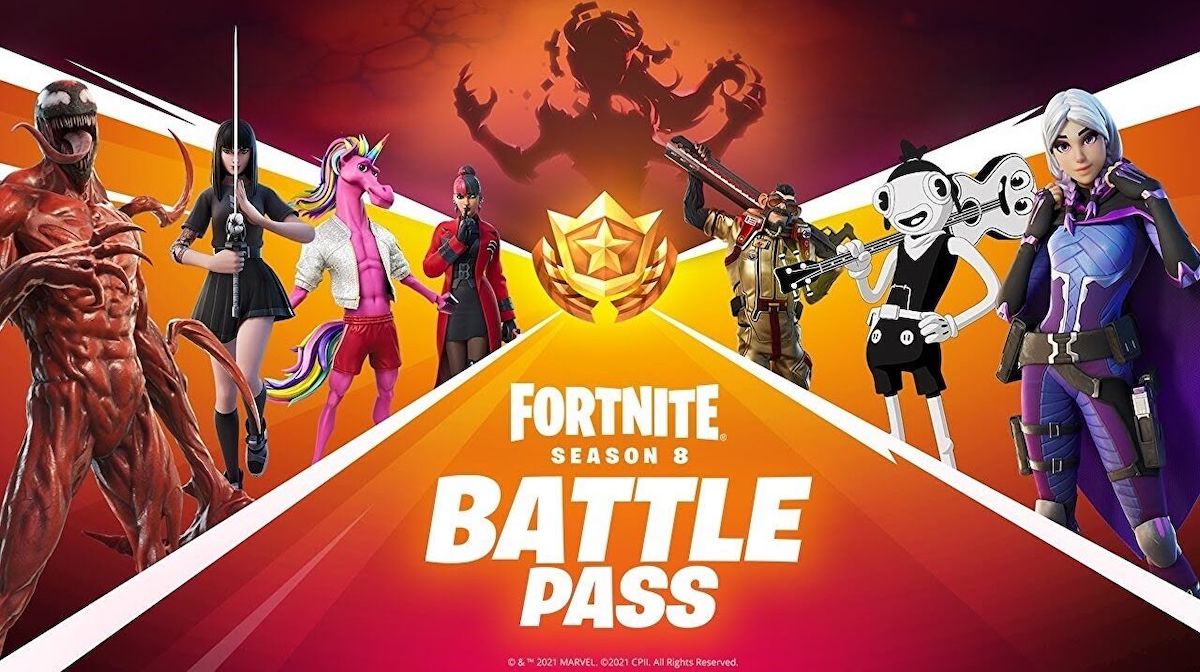 Every season Fortnite has a Battle Pass with two tiers. There is the free tier and the paid tier. The paid or premium Battle Pass contains loads of skins and enough V-Bucks to buy the next Battle Pass. This one requires V-bucks to unlock. However, you also get free V-Bucks at the base level.

Each season, you will receive 300 V-bucks for progressing through the base level of the game. This is not enough to get free Fortnite skins. However, you can save them from season to season. If you complete each Battle Pass, you will eventually get enough for a skin or a Battle Pass.

Once you play for 3 seasons and a bit, you can get a Battle Pass. This means you’ll have a steady stream of free skins as long as you complete enough quests, and don’t buy anything in the shop in the meantime! 3 seasons is not the longest amount of time. If you play regularly, you can quickly access the paid tier of the Fortnite Battle Pass this way.

You can get a steady supply of seasonal skins this way. You can’t splurge at the store, but you’ll get a decent amount of free Fortntie skins each season. 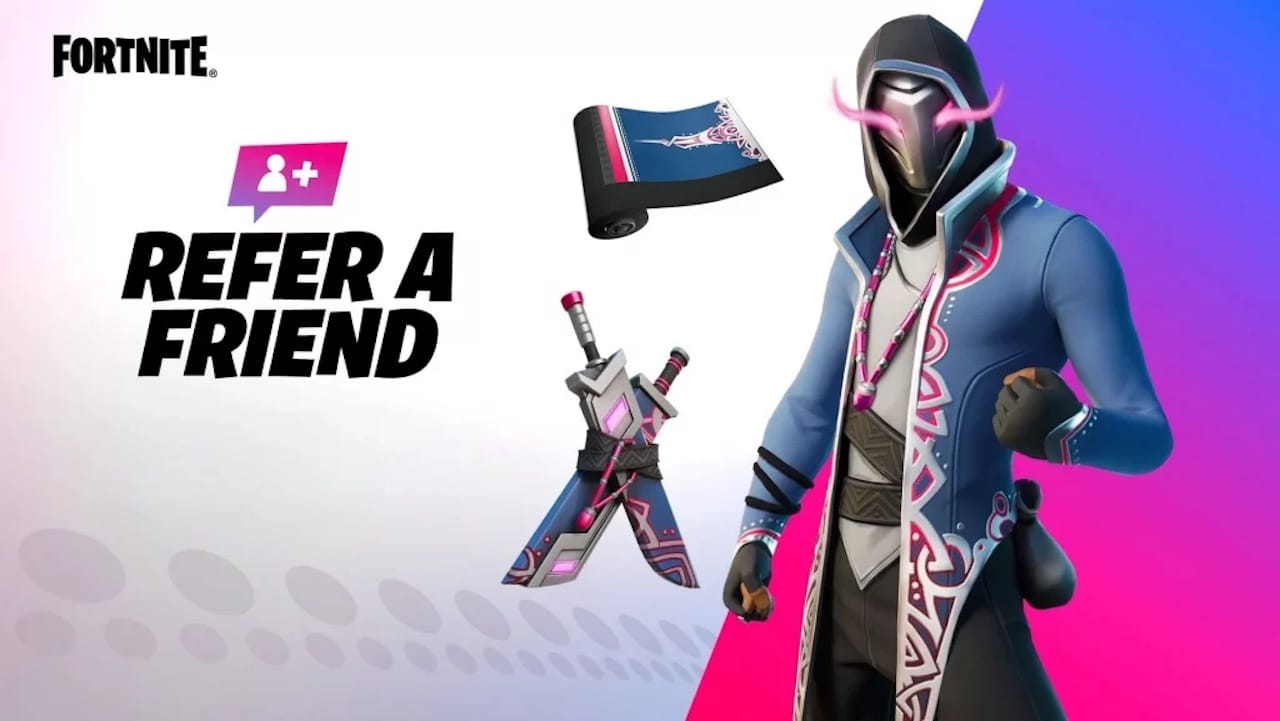 If you’re a subscriber to PSPlus, Twitch, or something similar, keeping an eye out for free loot can help. Free Fortnite skins are given away at regular intervals for these shows. It’s not just Fortnite. Games Pass and Xbox Live do this in a similar way, even for games like MultiVersus.

They also currently give away a Xander skin for completing the Refer a Friend quest. This is a more intensive series of quests where you introduce Fortnite to a friend and they complete quests together. This is easiest to complete with a friend and a second account each. However, it takes a long time.

These are great ways to get a free Fortnite skin. Some of these require you to be part of a paid platform. However, if you’ve already signed up, it makes sense to keep an eye out for free skins to claim.

Those are all the main ways you can get free Fortnite skins. However, it can be surprising how often you can get a free skin. These are not occasional promotions that you never see. There are a good number of them.

These are all the above free Fortnite skins and how you could unlock them. 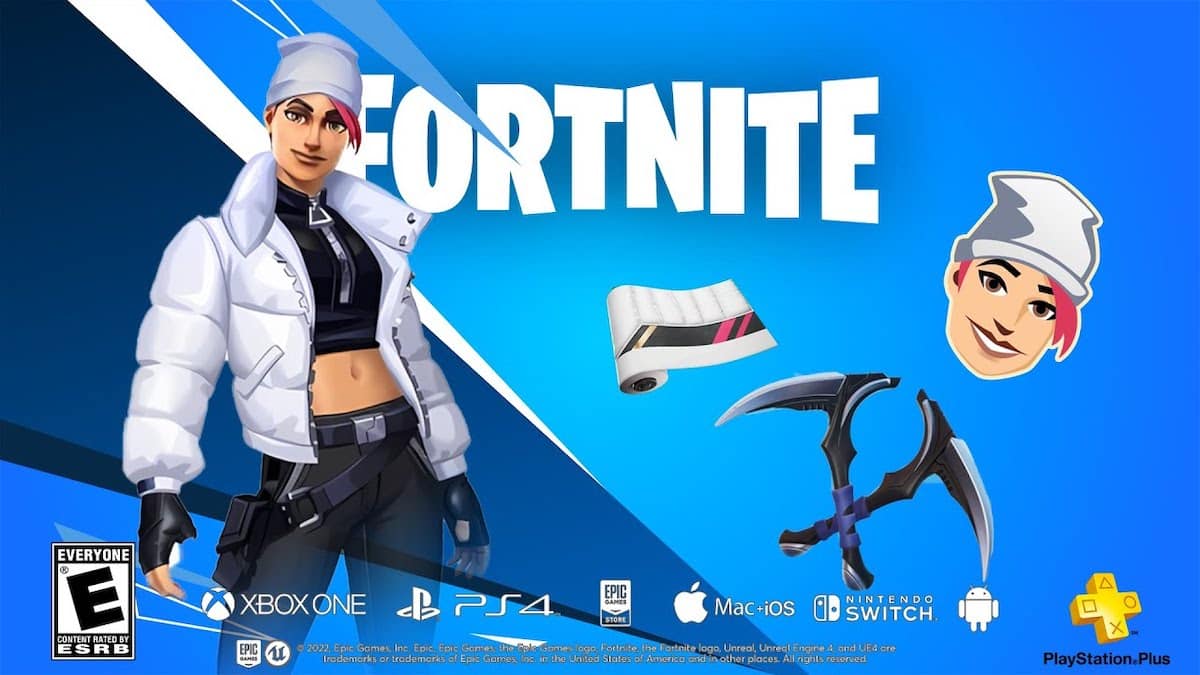 This was a skin worn in 2022. It was unlocked by being a PS member and redeeming it within that month. This is the newest PSPlus skin. 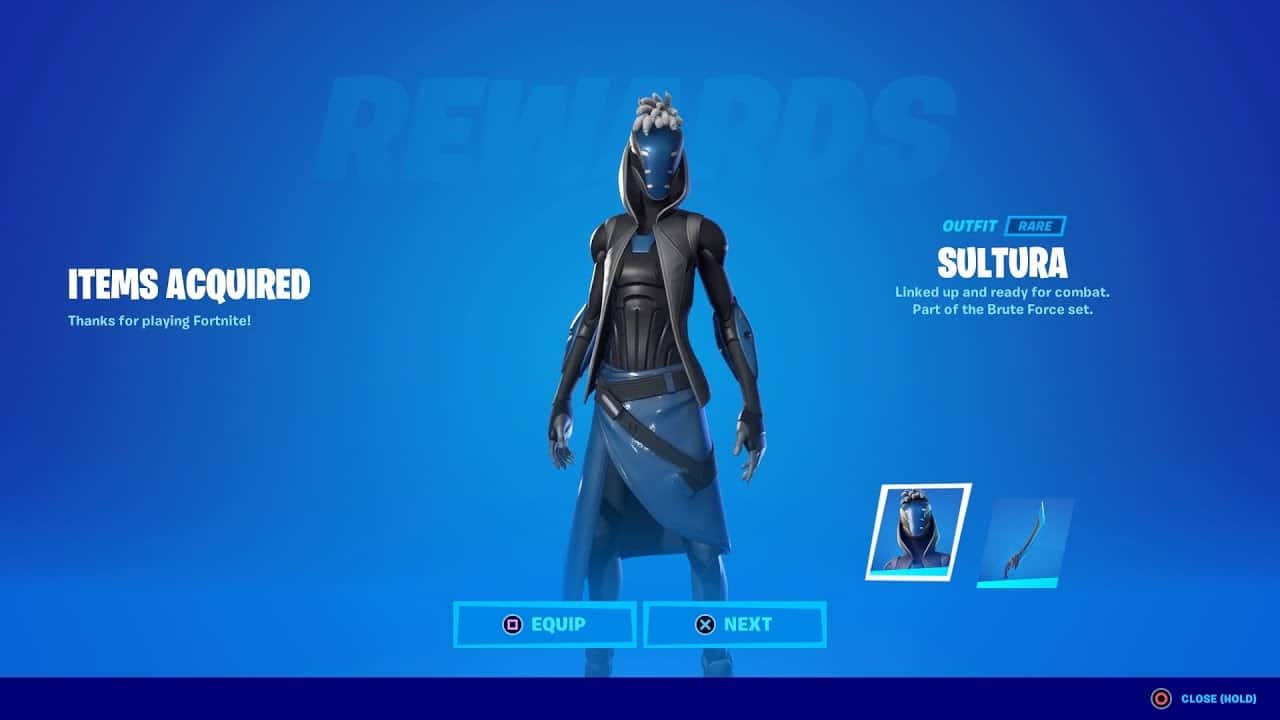 This was another PS skin. It was available during March 2022 for users who remembered to claim it. 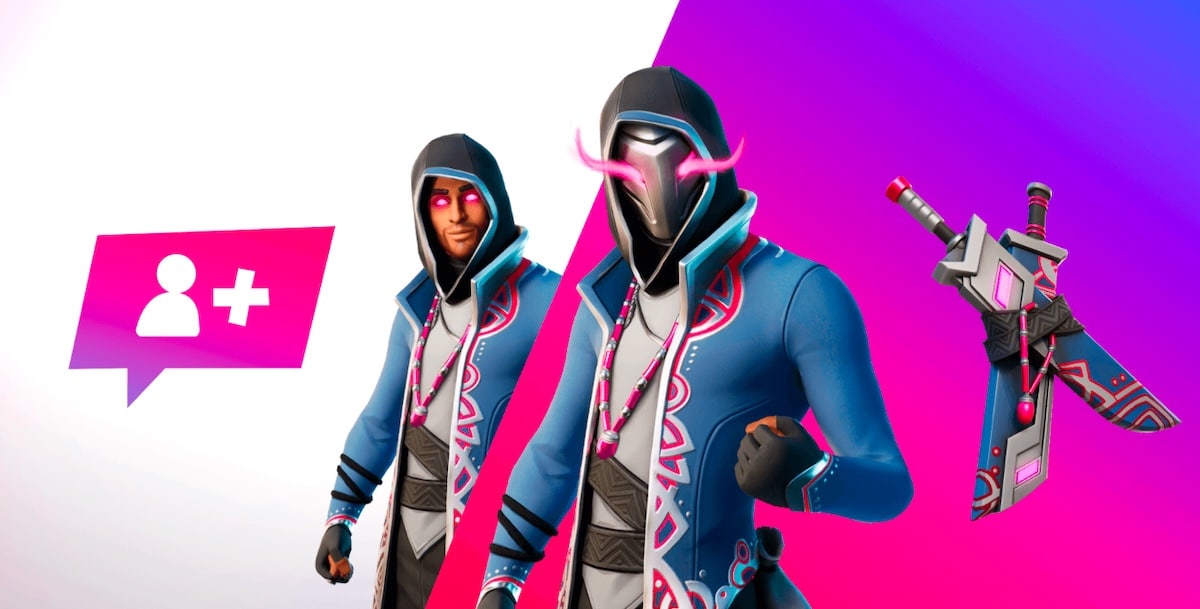 This one is similar to the skins from a past season. Unlocked by completing the refer-a-friend scheme! Although, it was probably unlocked by many players teaming up with a friend to smurf the missions. 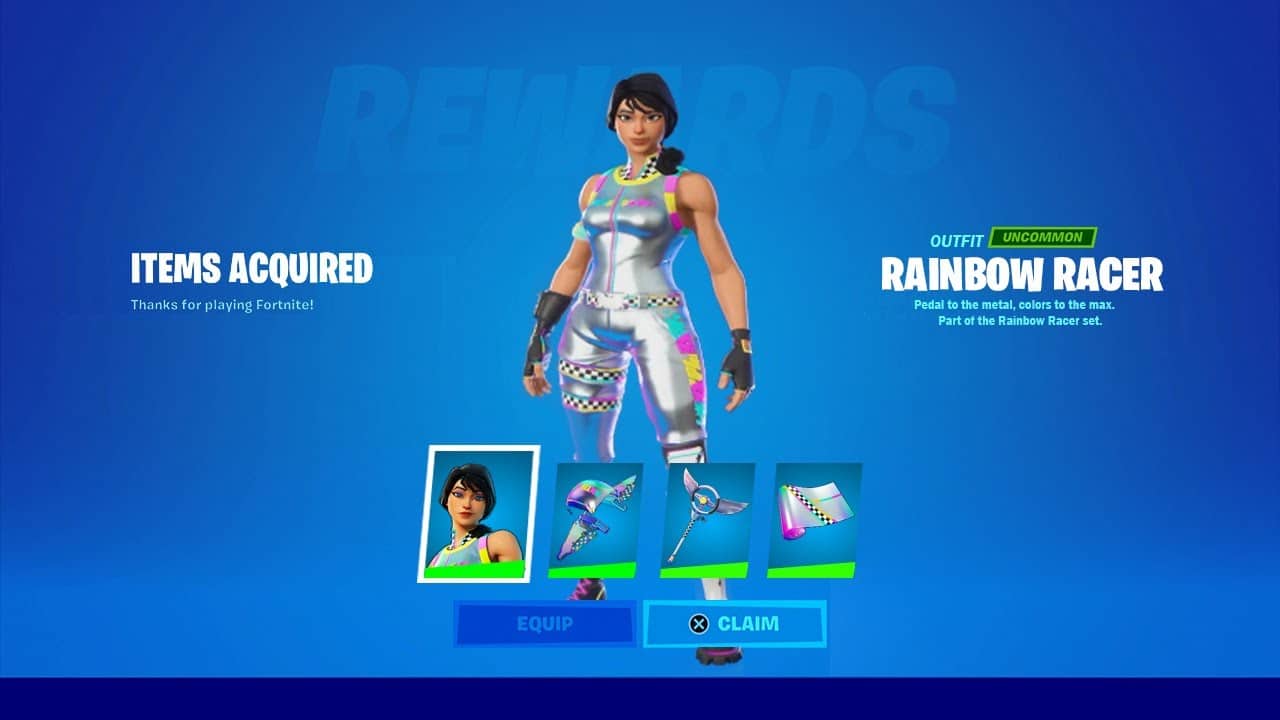 This was another mask to recommend to a friend. This one was available until January 2022. These refer-a-friend skins can take a long time. Even players trying to get extra rewards in the Battle Pass may not be bothered. This may make this one of the rarest free Fortnite skins.

Free Fortnite skins from other games 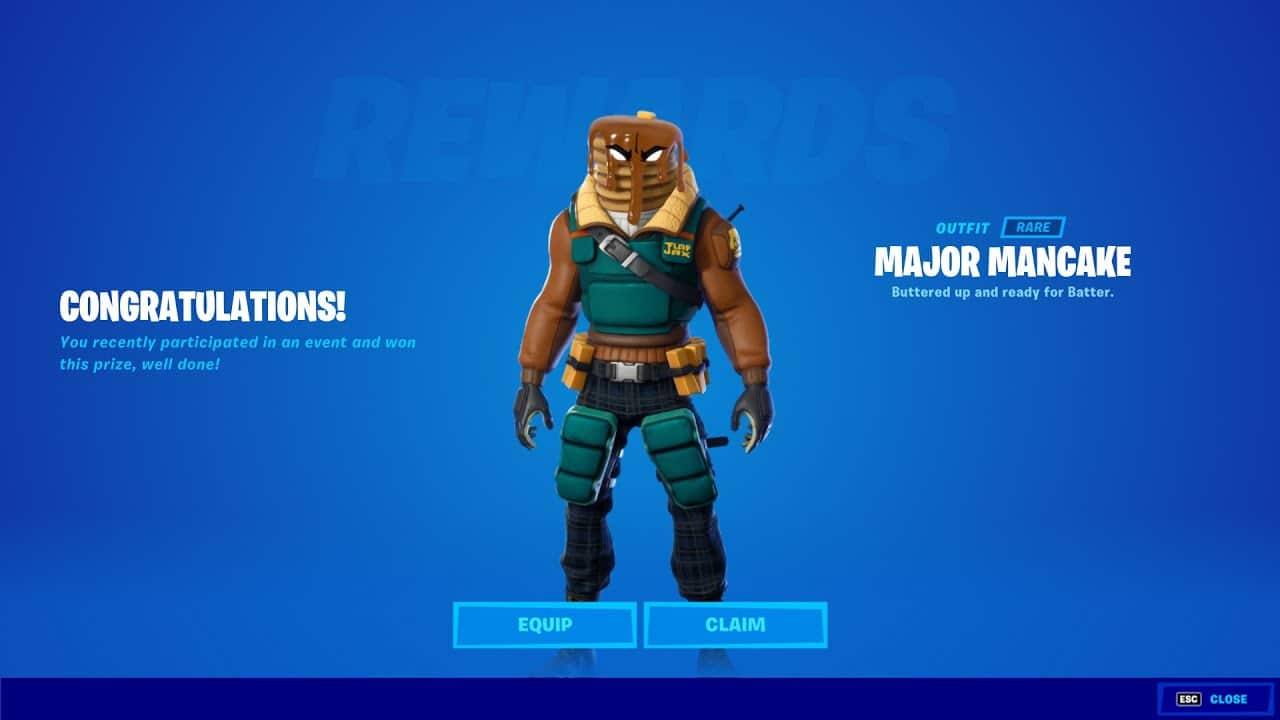 This one was available during July 2022. It was accessible if you completed the Fortnite x Fall Guys Crown Clash challenges. To do this, you had to link your epic accounts in both games and complete the quest lines. 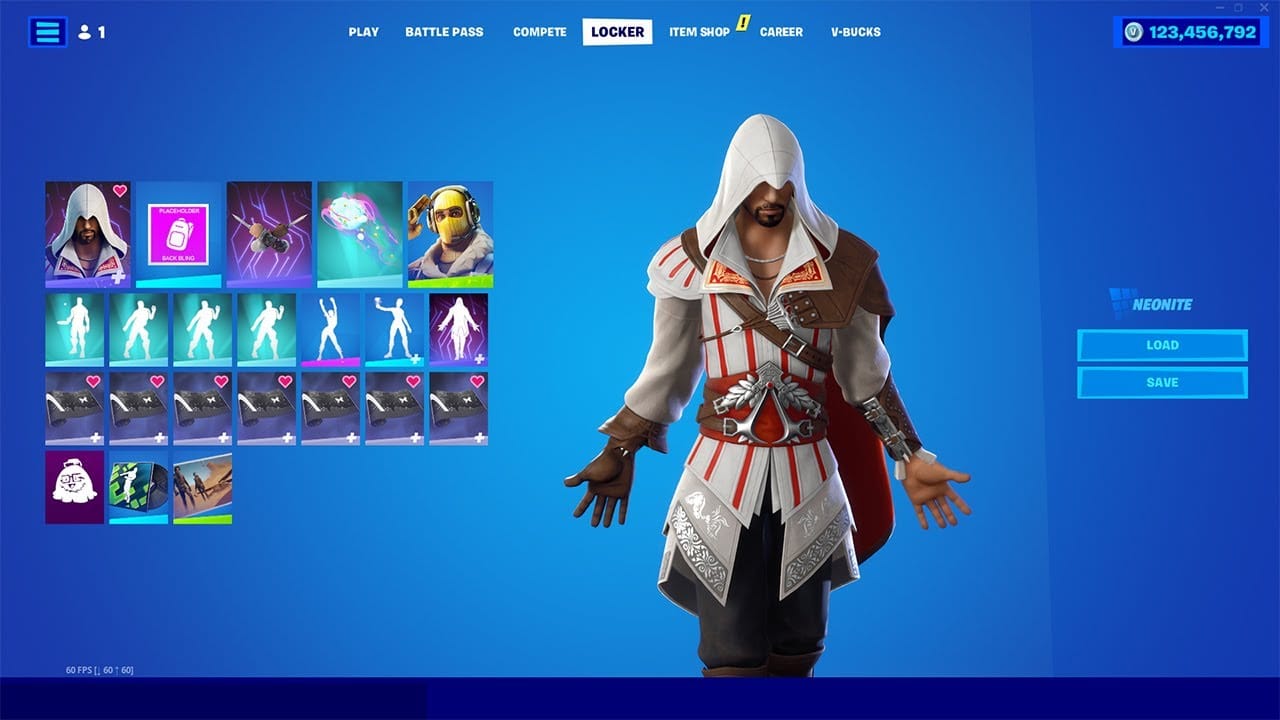 This was included with orders for DLC for Assassin’s Creed. Only on Epic’s Game Store though. It was later also released as a normal shop skin. This one is weird, as it wasn’t exactly free. However, if you were playing Assassin’s Creed, it was more of an advantage. This one probably sold better in the item shop than as a bonus for using the Epic Games Launcher for everything you do. 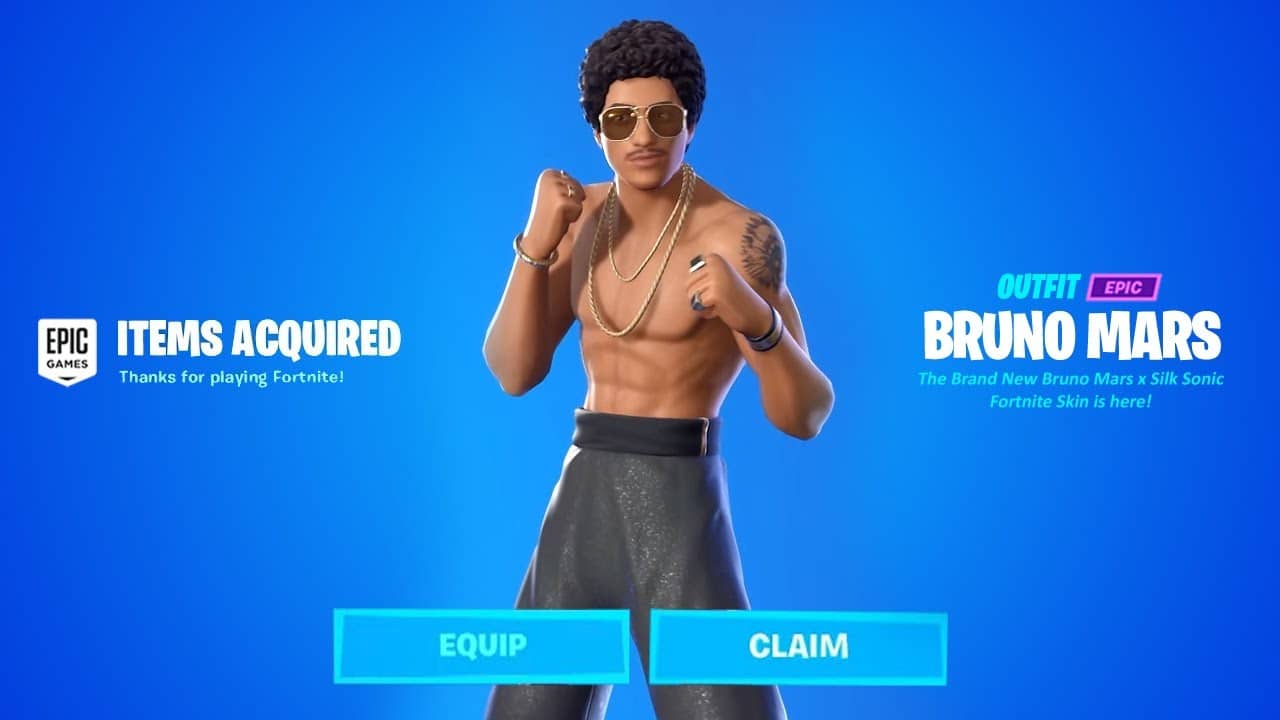 Epic regularly hosts in-game tournaments to celebrate the release of notable new skins. Playing with them is the ideal way to grab the skin. You will have to place yourself very high to unlock these skins. Therefore, we cannot fully count them as free Fortnite skins. Although, the top players who competed in each region made it through.

Here are some of the skins you could have gotten from a tournament: 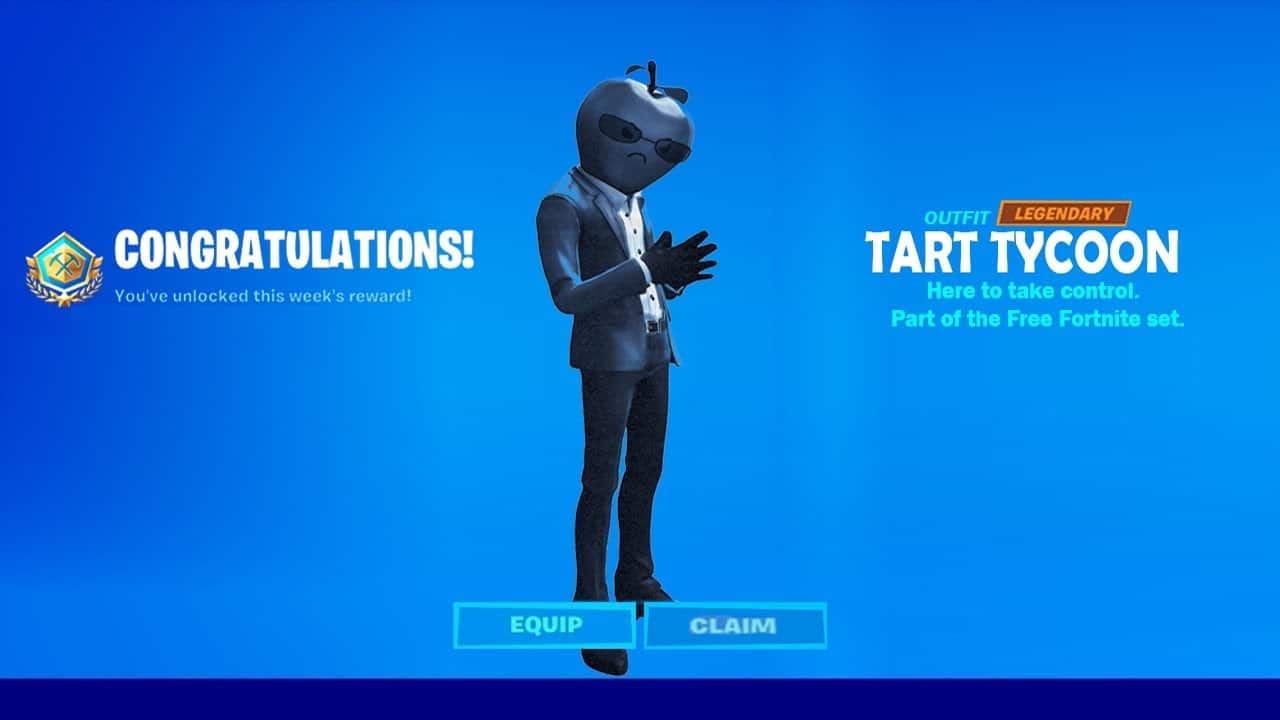 This is another skin that you can unlock by playing in a tournament, but it’s a bit different. This was not an award only for the best players. All you had to do was get 10 points in the free Fortnite Cup. This was a tournament put on by Epic to coincide with their lawsuit with Apple over royalties, Fortnite might have disappeared from iPhones but plenty of people got a free skin!

This one was much easier for you to get than the other tournament skins. It’s also not too common. This could be because Epic didn’t communicate that well and a lot of players probably didn’t know that you could just wait in a single game for a while and still get enough points. 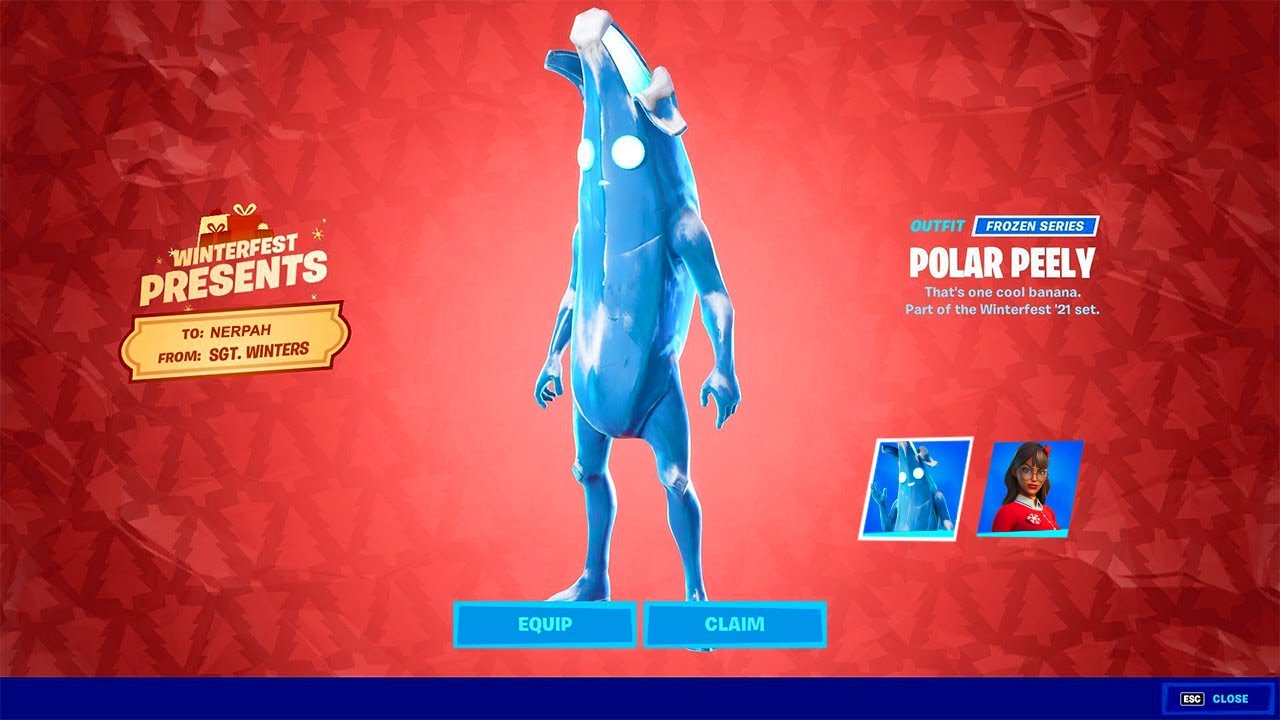 This skin was available as part of the Winter Wonderland questline! It’s a fun twist on one of the most iconic skins in Fortnite, Peely. 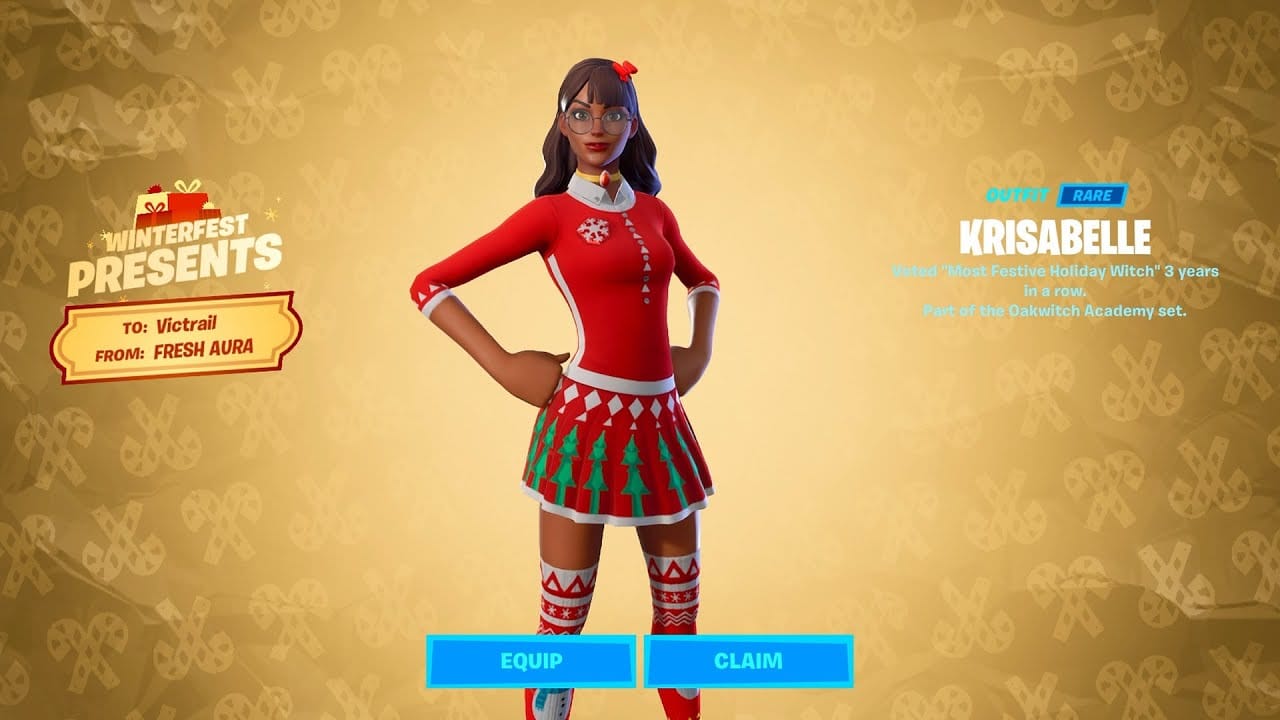 This was part of Winterfest 2022 just like Polar Peely. This skin was released in January 2022, it was free if you logged into Fortnite with the Epic Games Launcher. This was unlocked by completing the Operation Snowdown Challenge in 2022. These missions were done during the winter. They are the same style of free Fortnite skins as Frozen Peely. 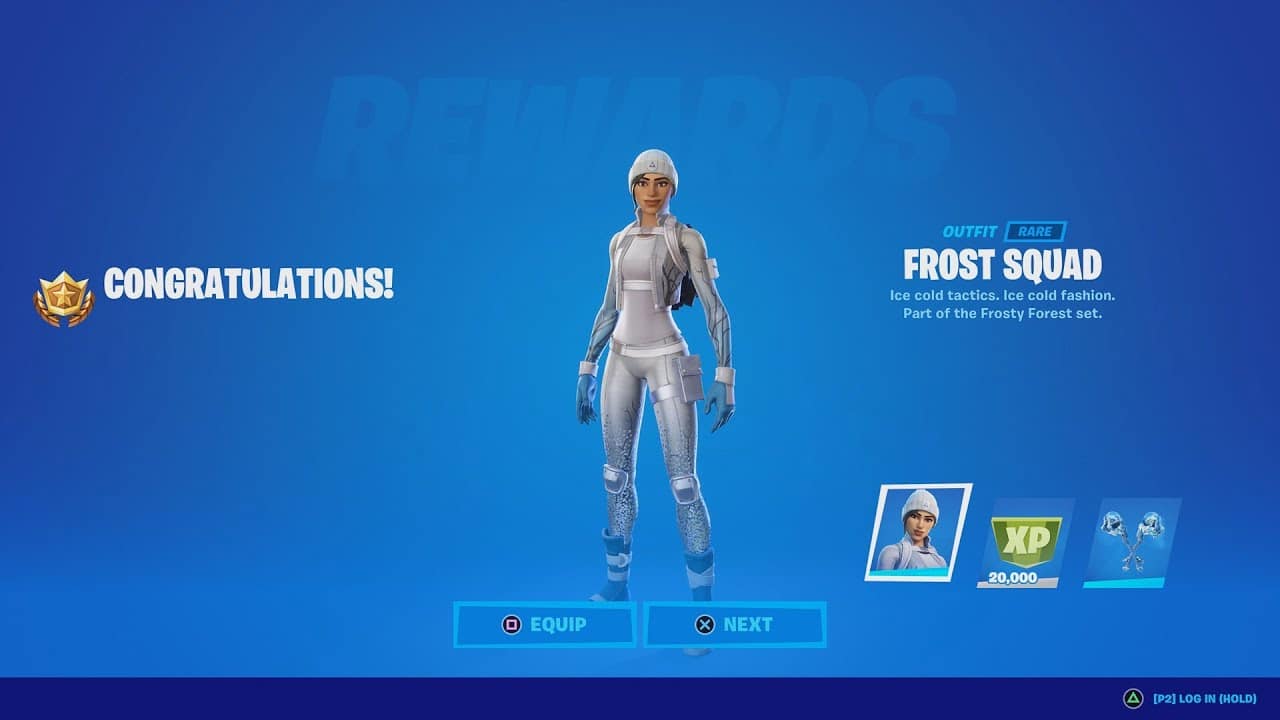 This is another one from January 2021. It was unlocked by completing the Christmas missions.

Those are the latest free Fortnite skins. If you’re wondering how you can get more, you’ll need to keep your eyes peeled. Stay tuned for events, tournaments and more. Even keep an eye on loot from platforms like Twitch, PSPlus, GamesPass, and more.