Fortnite x Destiny 2 will be a huge collaboration, with special content across three different games.

An alleged Fortnite collaboration has just been confirmed, with the Fortnite X Destiny 2 event! This is going to be a great crossover. There are skins, maps and more in the game. It will bring Destiny 2 characters to Fortnite, but also Fall Guys, along with some Fortnite characters moving over to Destiny 2.

This newest crossover comes just days after Epic’s biggest collaboration to date hit the game. Strangely, he’s also midway through teasing for another collaboration. Those who primarily like Fortnite for its quirky mismatched lobby screens are having a great month.

Bungie’s Destiny 2 is also in a busy period right now. The game is gearing up for the eventual release of Lightfall, the next expansion, coming in 2023. Here’s what’s coming to the game with the Fortnite X Destiny 2 crossover, Battle Royale, Fall Guys, and Destiny 2: 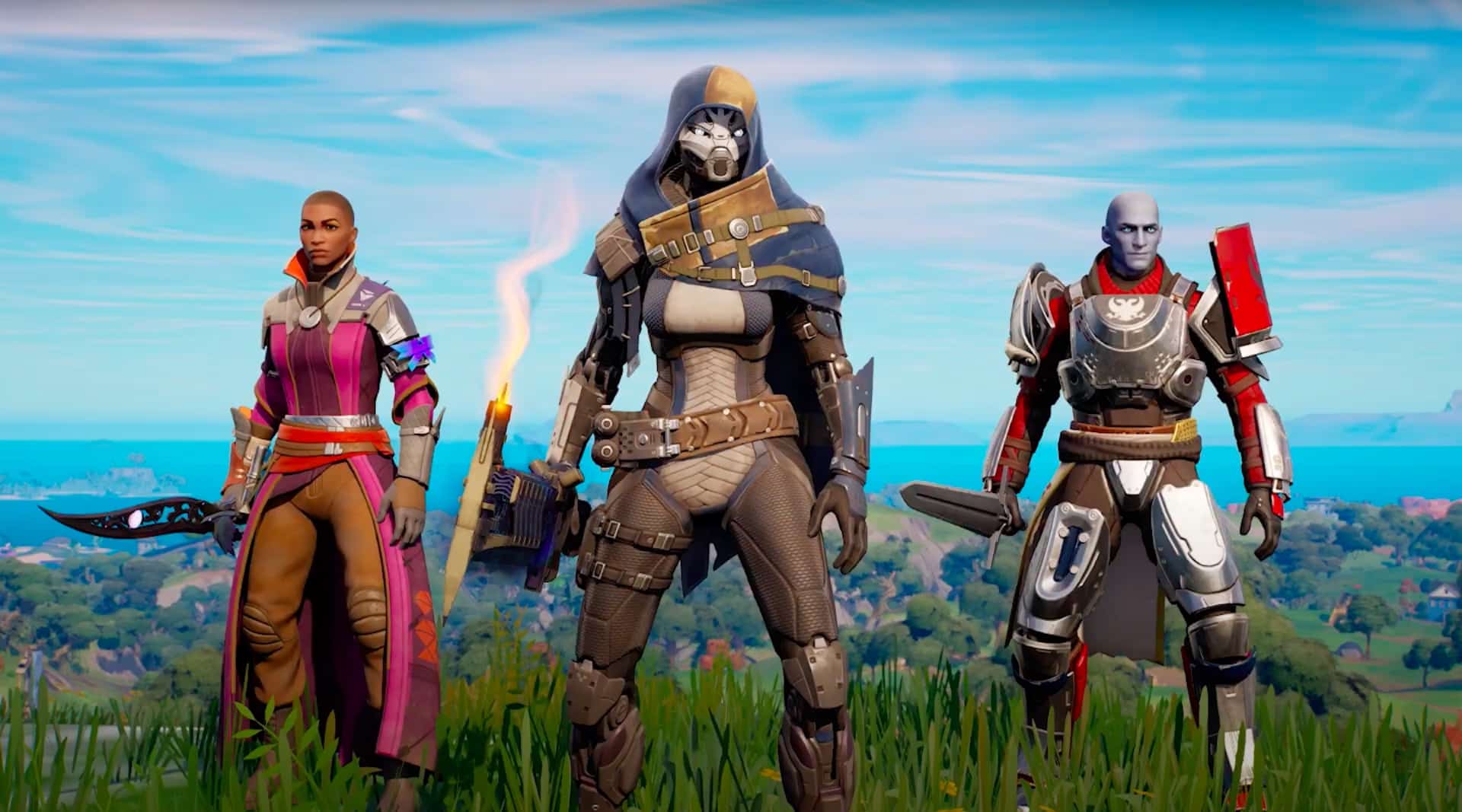 The Fortnite X Destiny 2 crossover has just been announced. New skins are coming to the game bringing Bungie’s character into the world of Fortnite. These will be skins from the item shop. There are main skins, but along with the actual characters, there will be accessories like gliders that players can grab as well. These are the skins.

All of these skins are coming to Fortnite on August 23dr. They will be coming to the item shop, rather than being a new wholesale update to the game. However, there is more Destiny content to come.

The collaboration leaked over the weekend, with fans learning of the Fortnite x Destiny collaboration. It’s a surprising time for the Fortnite crossover. Very soon after the Dragon Ball Super event. However, given the huge success of that collaboration, it’s no surprise that Epic continues to bring more and more worlds to Fortnite.

The ad leak was a crossover itself in a weird way. A major Fortnite leaker spoke about collaborating more or less online with a known Destiny data miner. Spoiler accounts from fans gathered in the days leading up to the announcement, before the game itself brought these communities together.

The entire Destiny X Fortnite crossover will celebrate the game hitting the Epic Games Store. Bungie unveiled the event along with more details about Lightfall. This will be the next stage for Destiny 2, continuing the game into 2023, but first there’s something new for Destiny. 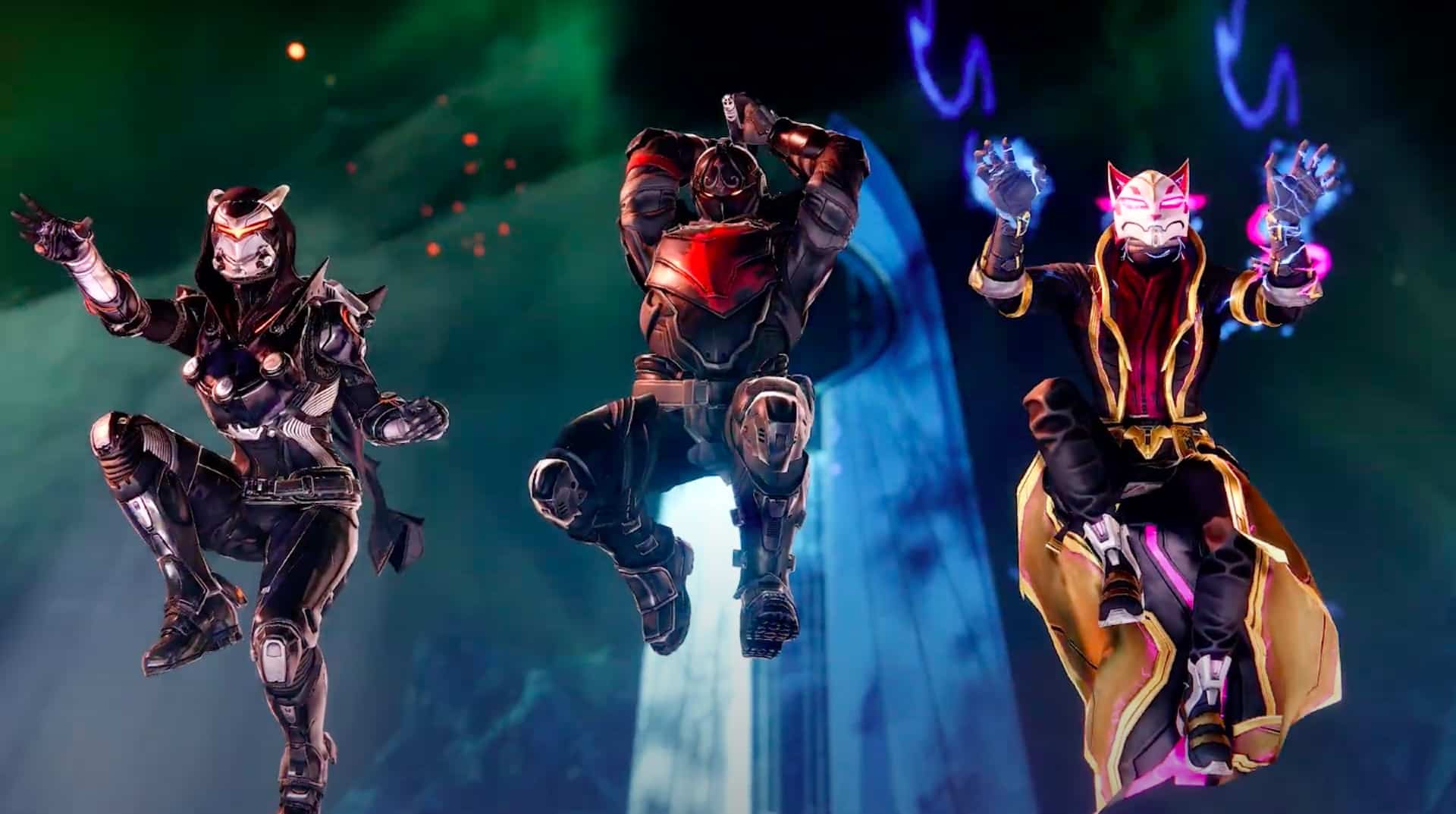 Aside from Fortnite getting Destiny content, it goes both ways. Destiny 2 will get Fortnite skins.

Destiny players will have access to Fortnite skins as universal decorations. This is a peculiar case that hasn’t really happened before. Epic generally loves to bring characters into Fortnite, but it doesn’t normally go both ways with any of the Epic characters moving around. The skins coming to Destiny are even some of the rarest and most iconic in Fortnite. It’s not Jonesy or Peely. They are more serious looks to combine with Destiny 2. 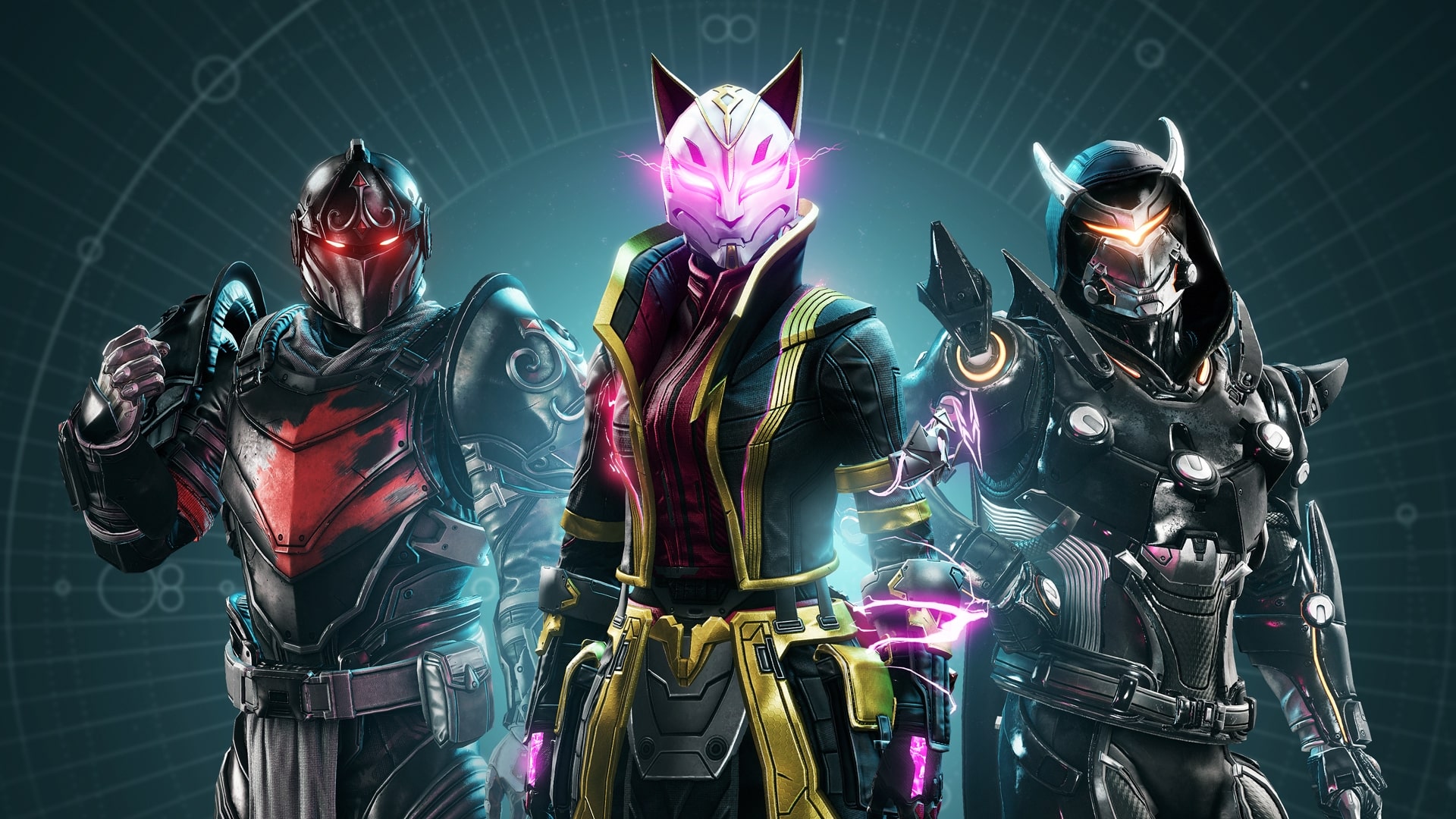 Fortnite X Destiny both ways adds an extra layer to this crossover. The skins shown so far include some of the most legendary skins from the battle pass from the first chapter of the game.

The crossover will have some Bungie and Fortnite sponsored creative maps added. There will be a map based on Javelin-4 and a mode similar to Crucible’s PvP. These will be recreations in creative mode. The Fortnite X Destiny 2 collaboration isn’t the only Epic game to get the crossover treatment. The franchise is also coming to Fall Guys. This game will also feature Destiny skins. Fall Guy’s crossovers aren’t as extensive as normal Fortnite crossover content, but it’s good to see Epic take the same approach for its two main free-to-play platforms.