The Minecraft Prison servers provide one of the most distinctive Minecraft multiplayer experiences. Players typically spawn with just a few items and a pickaxe in a dystopian “prison” setting. Additionally, players must acquire blocks and minerals for sale to eventually advance in rank. In addition, you will be able to enjoy a series of rewards such as access to better products and unique mines, among many others. There are countless Minecraft prison servers to choose from, and they all provide lucrative and entertaining experiences. In this sense, we are going to list the 11 best Minecraft prison servers, so that you can choose the best one for yourself. 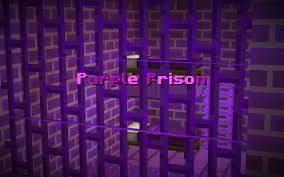 Most Minecraft prison servers restrict leveling to mining and related quests. Purple Prison aims to change this by allowing users to earn upgrades through mining, building, and even trading with other players.

Not to mention, it’s one of the few servers that replicates the look and theme of a real-world prison. For realistic prison fights, there are guards, prison cells, and dedicated PVP locations. If that all sounds too dangerous, you and your fellow inmates can relax in one of the sitting spaces. 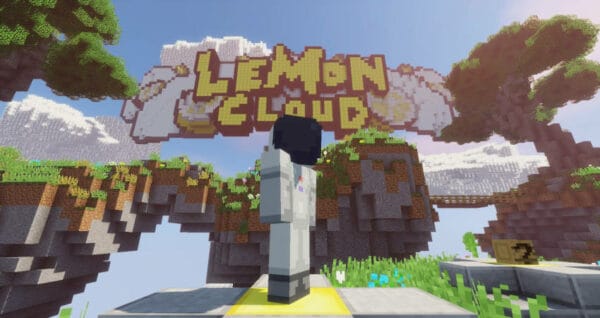 With an expected uptime of 98%, Lemon Cloud is a solid Minecraft server that offers many game modes, including Prison. The Lemon Cloud Hosted Prison Server is as easy as a Minecraft player could hope for. Players start out in a large mine and must level their way to freedom. Additionally, Lemon Cloud offers players a handful of free chat commands.

These commands allow players to check their current rank and sell their inventory items if they wish. This implementation reduces the number of trips required to sell blocks and minerals in a physical location, which is advantageous. 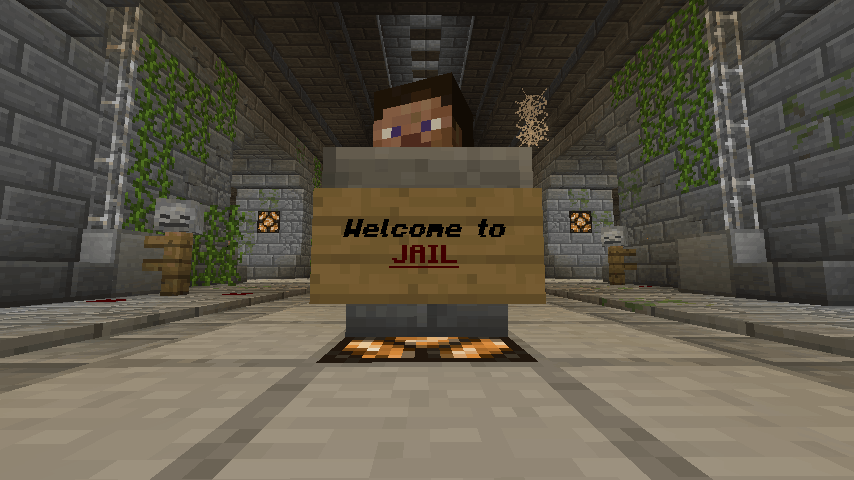 MC Prison is one of the most popular Minecraft prison servers. Some players even consider it to be the basis for numerous new prison servers. He puts player autonomy at the top of his priority list. On this server, you can level up through mining, building, donating, fighting, and participating in a variety of other activities. However, there are parties, donation bonuses and weekly free prizes for those who want to get to the top right away.

Each player can build and operate their own stores within the game. These stores keep the server economy vibrant and open. This is also the reason why this server has a good community despite having active PVP. 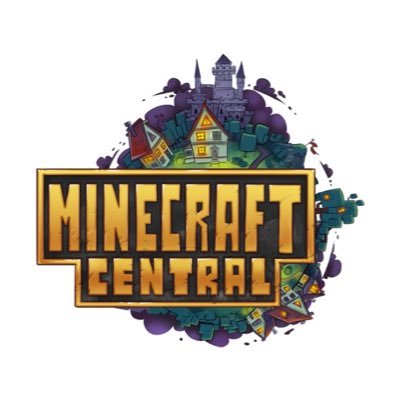 Now in its eighth full season of Prison, Minecraft Central has proven to be a reliable server in terms of uptime and player population for a long time. Like many SMP servers, Prison Server users of the server can claim land and can even form prison “gangs” to work together and rise through the ranks.

Although Minecraft Central is not as simple as other Prison servers, it has been around for a long time for a reason. 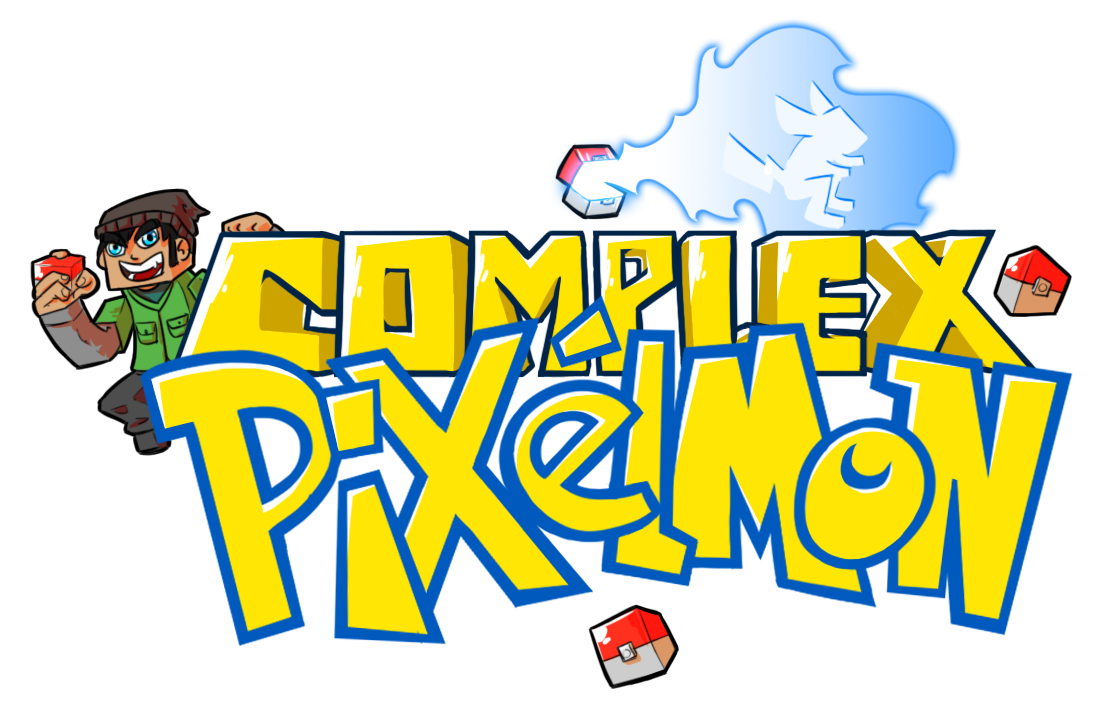 The Complex Gaming server features multiple game modes, such as Prison and even Pixelmon. There are a few plugins that improve the quality of life for players on Complex’s Prison servers, but the experience is largely identical to vanilla. Complex game servers often include a large number of simultaneous participants, with 1,000 being the bare minimum in many cases. This ensures that players are never alone in their efforts to escape from prison.

The main drawback of Complex is that it is a server hub exclusive to Minecraft: Java Edition, which may disappoint Minecraft: Bedrock Edition players. However, Java gamers looking for a more streamlined Prison experience will like this server. 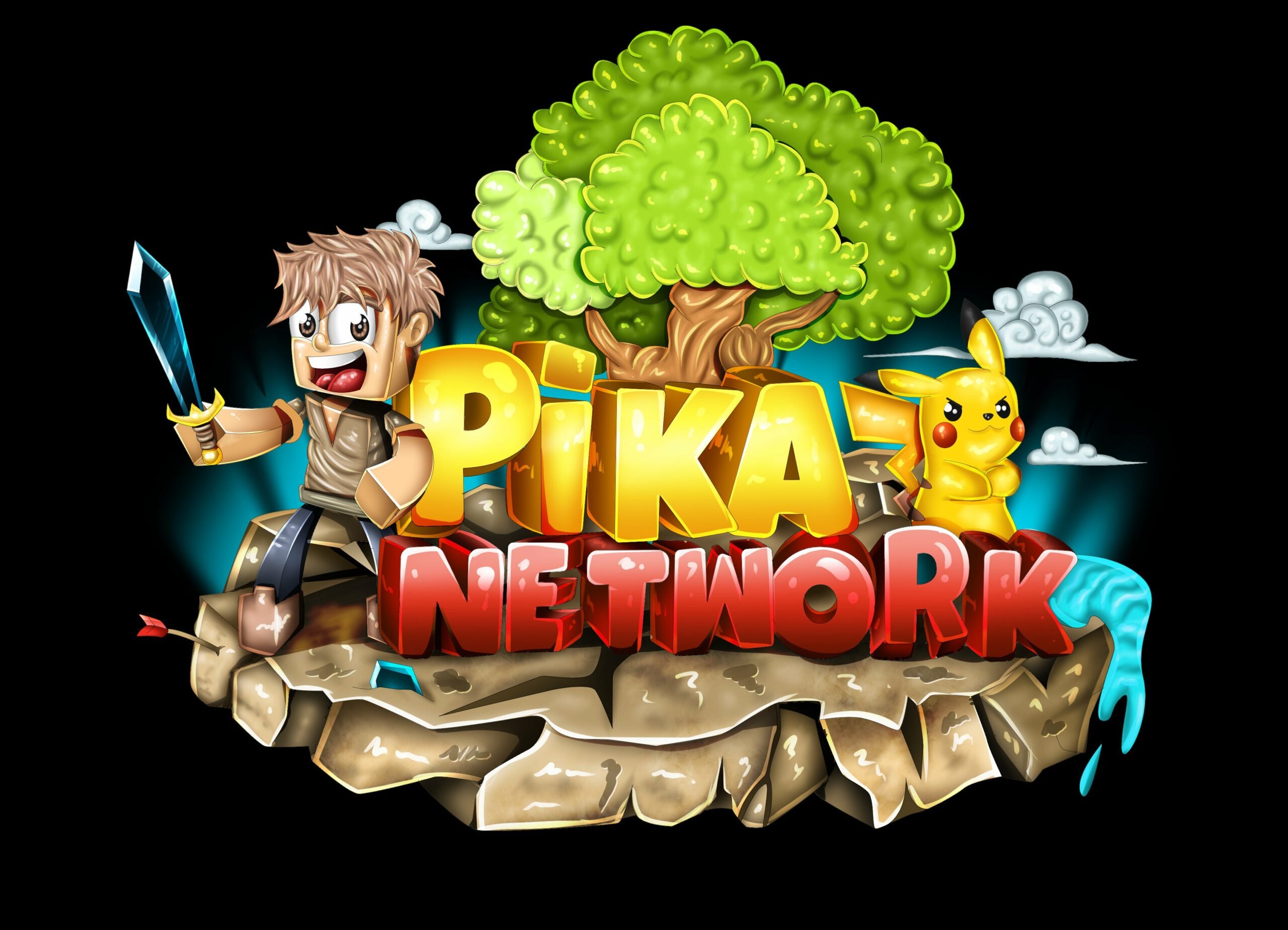 Pika Network is one of the best Minecraft prison servers on our list. The goal is to collect resources to earn points and ultimately take control of the prison. However, as you slowly discover, there is much more hidden in this ordinary-looking prison. Once you start to accumulate fortune on this server, more opportunities will be available to each user.

There are players, cell makers, NPC businesses, gangs with their own shops, and drug dealing NPCs, bringing servers very similar to real prisons. The server features PVP-specific sections, including a mine arena, for PVP combat. In such cases, the reward is quite substantial. 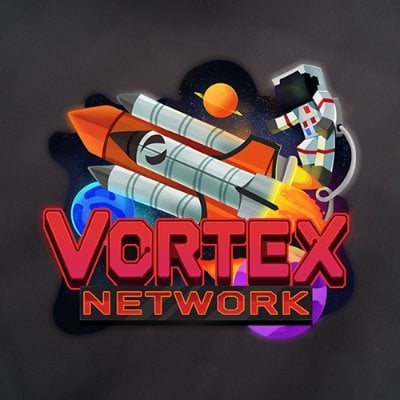 Vortex Network is a seemingly basic Minecraft server that offers game modes like prison, skyblock, survivor, and Pixelmon. However, they all have a distinct spatial theme. Each location contains links to spaceships, planets, and other celestial bodies. Additionally, the server includes its own unique resource pack to round out the experience.

The server prison mode allows users to participate in PVP, form gangs, and even enter war zones. To level up, you need to mine, trade, and participate in events. Alternatively, you can break out of the standard prison and explore Prison Cosmic, an adventure map with unique quests, recipes, and other features. Mineville stands out among its rivals as the only official Bedrock server featured on our list. It immediately appears in the list of suggested servers on all platforms that support the Bedrock edition. Because of this high-profile collaboration, it’s easy to discover trusted content and engaged participants.

Regarding the prison part of this Minecraft server, the emphasis is solely on mining. Each player is given a mining kit and must complete all the mines. You can get upgrades by mining up to a specific level or by trading the minerals you have obtained. 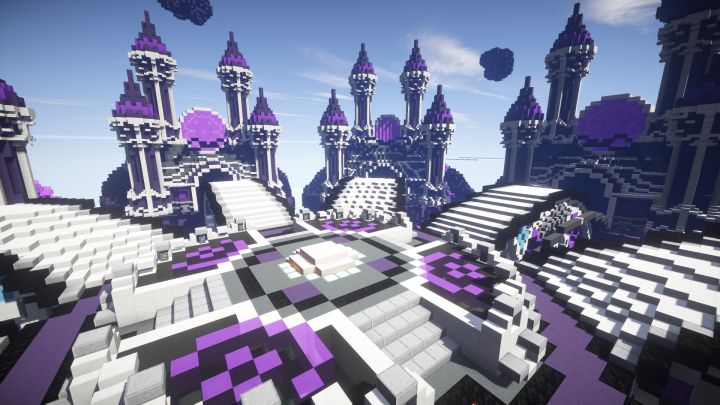 Compatible with both major versions of the game and with a rich online community through forums and discord, MCHub offers any style of play a player could reasonably request. This obviously includes Prison servers, Skyblock, and multiplayer survival games. The stability of MCHub’s Prison game is similar to servers like Purple Prison but without a large player population. This creates a more cohesive group and there are no big surprises on the server either. After each season, the server resets, which can be off-putting for some, but a welcome challenge for others. 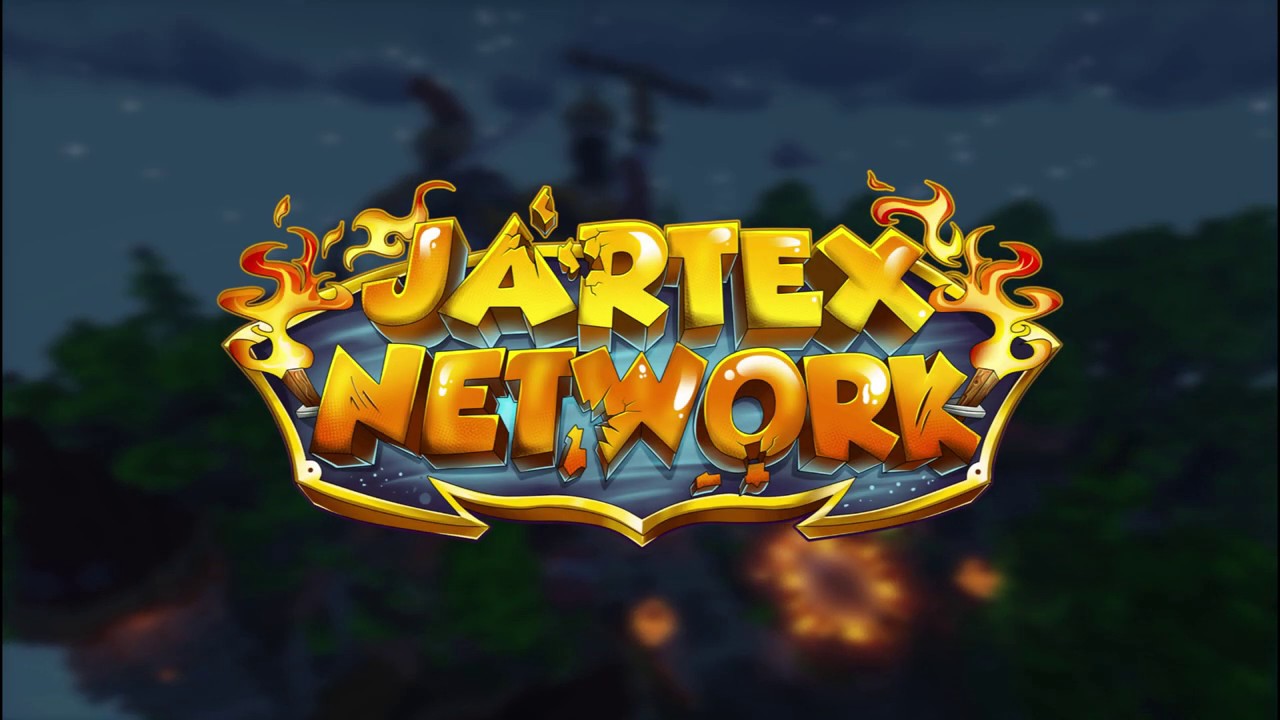 Jartex, whose server address includes the word “fun”, keeps us entertained. It does have a Minecraft prison server, but unlike the others on this list, it’s based on gaming. Plus, you get custom abilities, new enchantments, and cool outfits. But before entering the casino or the mines, you must join a cartel.

The server contains a variety of cartels and gangs, each of which provides its members with distinct advantages. You can also explore some of the most impressive structures and side quests on the server, if that’s not enough. 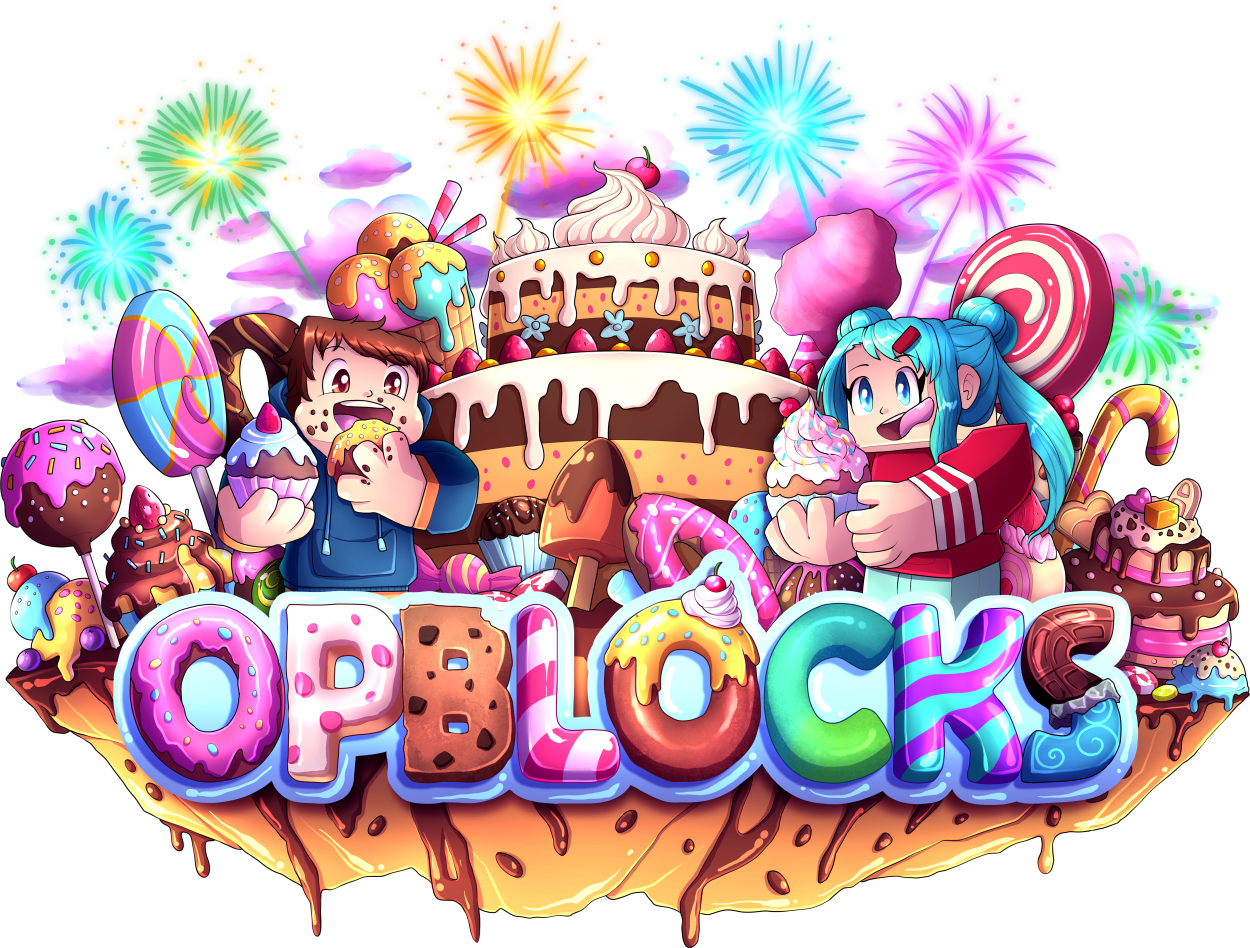 The OP Blocks prison has a look reminiscent of Candyland with a complex prison server that is always changing based on suggestions and votes from Minecraft players. However, this will not simplify things, far from it. This is still a prison server, so players will have to put in some considerable effort to get to the top of the leaderboard. Those interested in supporting the server can also visit the store page of the website, where they can purchase rankings if they wish.

However, these levels become progressively more expensive, requiring a cost-benefit analysis between using real-world currency and progressing through the game.

The store also offers wonderful additions that are not related to a player’s prison status, such as titles and loot box keys. Players can even purchase additional parcels if they wish. Despite the presence of microtransactions, OP Blocks is a good prison server that strives to improve the experience for its loyal player base.

We hope that after reading our article, you have selected the best minecraft prison server for yourself. If you like our article or have any queries about it, mention it in the comment section!

If you want to know more about other Minecraft servers, click on the following link: