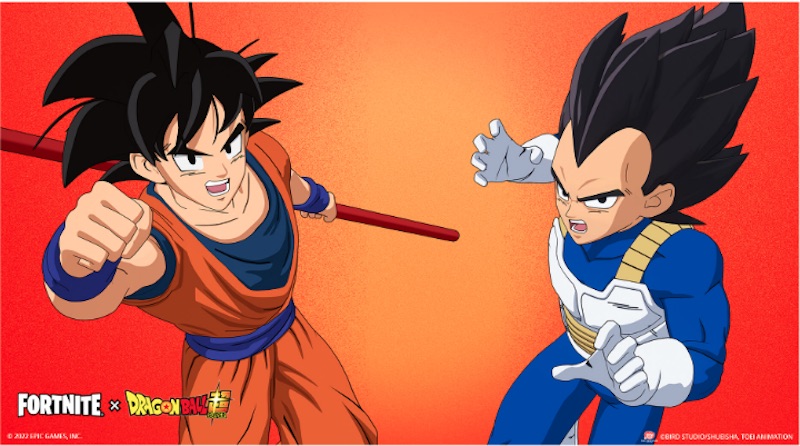 epic games has announced the Fortnite update 3.65 patch notes for you to digest, which as previously leaked, brings Dragon Ball content to the Battle Royale title. Read about the latest Fortnite Patch Notes down.

The world of Fortnite has never seen such power! Four powerful and iconic characters from Dragon Ball Super, Son Goku, Vegeta, Bulma and Beerus, have come to the game…

ETERNAL SHENRON! BY YOUR NAME, I SUMMON YOU!

A new “Power Unleashed!” The tab has arrived in the game, full of quests and rewards. This new event page, available to all players, tracks your rising power level as you complete new limited-time Dragon Ball Quest missions in the Battle Royale and Dragon Ball Adventure Island experiences.

Seven sets of missions will test your skills in strength, agility, focus and more. With each training set you complete, you’ll earn a Dragon Ball and increase your power level, unlocking awesome rewards like Dragon Radar Back Bling, Emotes, Sprays, and Battle Pass levels.

Complete your training, collect all seven Dragon Balls and you will get the Shenron Glider!

Power Unleashed missions and their rewards will be available until August 30, 2022 at 4 a.m. ET.

Please note that in-game rewards Dragon Radar Backpacking Accessories Y Shenron Glider they are not exclusive to Power Unleashed and may be available later in the item shop for purchase.

BATTLE WITH BOARDS VERSUS

The strongest fighters always prove themselves, presenting Versus Boards!

Versus Boards pits you against a rival player in a fight to be the strongest on the island! Both players must choose a battle by interacting with a board on the island, and when your opponent is chosen, each of you will be revealed on the other’s map. You will then have only five minutes to defeat your opponent and claim victory!

Versus Boards have temporarily taken the place of Bounty Boards, and can be found where Bounty Boards used to be.

Use the powers of Son Goku with the elements Kamehameha and Nimbus Cloud (Kintoun) in Battle Royale!

Falling from the sky in deliveries concocted by Capsule Corp throughout each match, collect the kamehameha and fire a devastating bolt of energy at anyone who crosses your path, or summon the Nimbus Cloud (Kintoun) take flight around the island. More pods will spawn as the storm closes in, so watch out for epic showdowns and tests of your might!

Note: The Kamehameha and Nimbus Cloud (Kintoun) items are not in the Competitive (Arena or Tournament) playlists, with the exception of the tournament of power.

On a very small island off the coast of the mainland island, you will now find the Kame house.

! Check out the iconic Dragon Ball location, and if you’re ready to ditch some of your slashes, chat with Bulma, who’s wandering around ready to provide some very powerful items.

Harness your power and unleash it in the Tournament of Power taking place in all regions on August 18, 2022 in the Competitive playlist! Compete in this Battle Royale Duos tournament for a chance to win the following prizes:

JEWELRY ON THE BACK