Working with the creative agency foundersNetflix decided to promote the release of its Resident Evil series with a truly terrifying experiential activation, right in the heart of Santa Monica. Using a specially designed glass case, a cast of actors and some industry-leading practical effects and makeup, the activation saw a man infected by the franchise’s ‘T Virus’ and dramatically transformed into a ‘zero’. [the zombies in the series].

Spanning an expansive four hours and capturing the intrigue and fear of bystanders, the experience climaxed with the zero escaping his scientific handlers and the glass prison. To boost the event’s reach, images of the transformation and subsequent breakup went viral on social media, racking up a whopping 26 million views on TikTok alone. After the performance, viewers had the opportunity to share their images online and take a selfie with the zero, spreading the word about the upcoming series based on the iconic video games.

LBB’s Ben Conway sat down with Creative Director, Founders copy, Martin Alfred and Creative Director, Art, Felipe Rostagnol, to discuss the “magic trick” behind the live transformation, the best crowd reactions, and the importance to generate social commitment in each OOH Campaign.

LBB> First of all, this is terrifying! How did this idea first come about? Did you get a summary of Netflix?

Martin & Felipe> Good to know that you were terrified haha, that was the idea! Yes, we had the pleasure of seeing Resident Evil before facing the brief and we found the ‘zero’ scenes impressive. Our brief was essentially coming up with an idea to launch the series in a memorable way. So the idea came up right away and the Netflix team loved it from the start. But the hardest part was just beginning, how do we turn a person into a ‘zero’ in a glass cage, with hundreds of people watching?

LBB> How do you put an ambitious experiential activation like this on the streets of Santa Monica? What processes did you have to go through to get permission to do this?

Martin & Felipe> The production process was arduous, the first thing was to find out if it was legal to keep a person locked up for so long. Luckily, it was. Then permits, box construction, technology development, casting, rehearsals and everything that goes into putting on a live event in the heart of Santa Monica with thousands of people parading through the activation.

LBB> How did the activation ‘story’ come about?

Martin & Felipe> Well, no spoilers here, the series is about a person infected with the ‘T-Virus’ who has 72 hours before becoming zero. Imagining how we would react in those 72 hours before losing humanity seemed very powerful to us. If we could bring this premise to a live street event, the idea would be very disturbing to people as well as raising awareness of the show’s central plot. 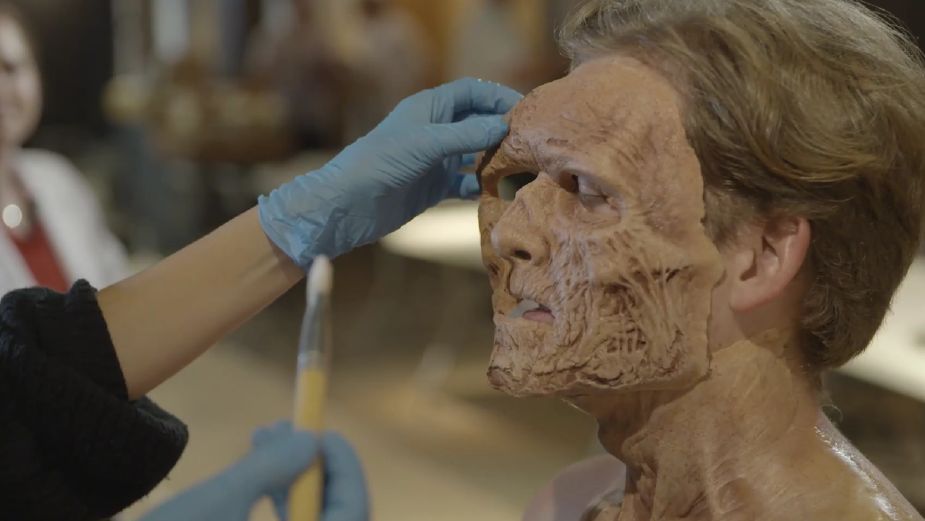 LBB> When did you decide that zero had to be released? What were your favorite reactions from viewers?

Martin & Felipe> Initially, Umbrella Corp employees were to escort Zero to a truck. But when we were rewriting the activation script, it seemed natural that the zero would have to escape and try to devour the audience for the grand finale. People’s reactions were surprising, from a man who stayed almost four hours to a child who burst into tears at the sight of zero; His parents, instead of leaving, stayed to see what was happening while his son continued crying. There were people who even made video calls to transmit what was happening in Santa Monica. The people went crazy!

LBB> How was the ‘smart crystal cell’ developed to allow the transformation to happen in front of everyone’s eyes? And how did you design and create this illusion? It’s like a magic trick!

Martin & Felipe> It was definitely a magic trick. We work together with Ketama Collective, a production company with great experience in this type of technological production. They came up with the smart glass proposal, which was brilliant, and we started designing and creating a structure that would allow us to switch between the two actors in less than 15 seconds, without anyone noticing.

But before we could take advantage of smart glass, we had to create a diversion: the actor’s convulsions and the disinfection process with the smoke, the sirens, and the person inside the hazmat suit, who was basically the other actor on a stage. more advanced. of infection Sounds easy, but it was hours and hours of rehearsal and tons of hours of makeup for each actor.

LBB> Four hours is a long time for an activation like this! Is this the most ambitious project like this that you have worked on?

Martin & Felipe> Nowadays, six seconds seem like an eternity to us, four hours is a delirium. But contrary to all the studies that say we pay less attention than a goldfish, there were people who stayed for hours in front of the glass cell. We couldn’t believe it. But the great merit went to the actors who put on a great performance and improvised for 60 minutes straight without lowering their energy for a second.

We were lucky to have a great team, including a renowned casting director who brought great options to the table for us. And as soon as we saw them [the actors], we all agree that the chosen ones were the perfect couple. Also, they were used to working together like twins, so they were not only similar but moved in the same way. Netflix works amazingly, they oversaw the entire process and allowed us to work alongside their special effects team and creative specialists.

LBB> The video has gone viral on social media, including TikTok. Was this a significant part of creating the campaign? Is TikTok becoming a powerful tool to increase the life of a project?

Martin & Felipe> Yes, he did very well on all social networks; it had 26 million views on TikTok alone. It is believed that all OOH ideas today can generate social media engagement, mainly TikTok which has incredible reach. As much as you can do a activation in the busiest place on the planet, not many people will see it compared to if it goes viral on TikTok or another platform. As an agency that was born from digital, it is essential to think about activations so that they also work socially. 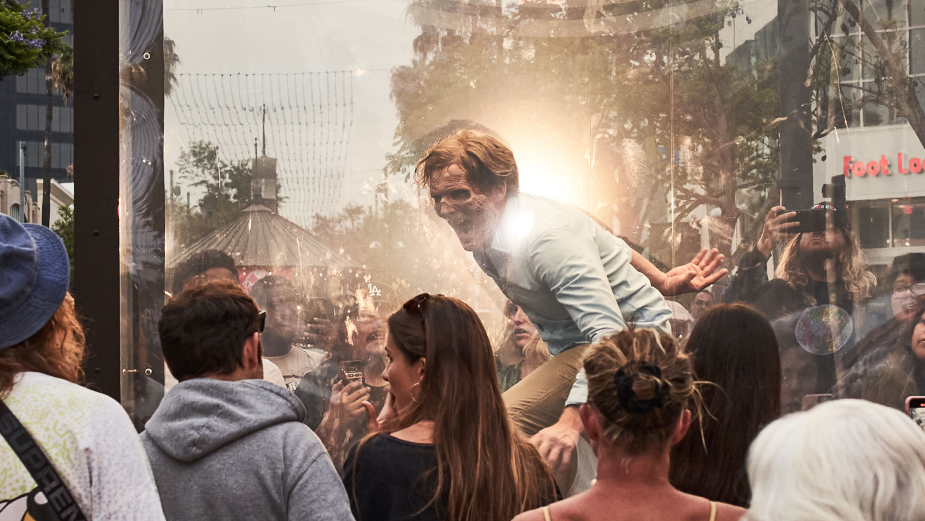 LBB> What was the most difficult challenge you faced on this project and how did you overcome it?

Martin & Felipe> This was one of those cases where the planets align so that everything goes well. The logistics were not easy at all, the permits, the construction of the glass cell against the clock and all the technical and human details that can always go wrong and did not. Working with an amazing production team and an amazing client team at Netflix made this as easy as possible. We were destined to become zeros.

Martin & Felipe> A little advice: if you see a person who is turning into a zero, don’t stare or start filming with your cell phone, just run.