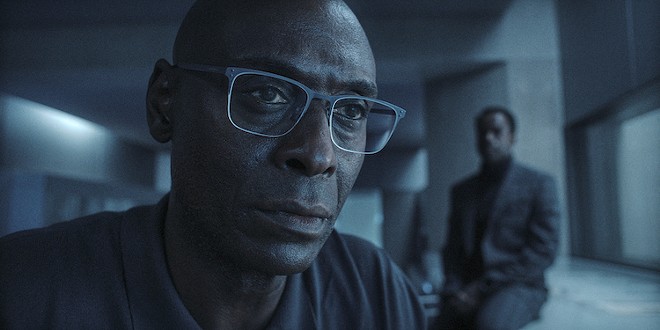 big wood — With the government failing to help, Kevin will have to come up with a smart new strategy to keep the family sawmill afloat in Season 2. Speaking for Marty and Wendy Byrde, I’d like to point out that there’s a big money gap. – Market washing at this time. (Netflix)

DB Cooper: Where are you? — Fifty-one years later, can there be anything new to reveal about the infamous kidnapper and thief? Although the FBI closed their case in 2016, they now say “citizen detectives” may have finally solved the mystery. Gotta love those citizen detectives! Without them, we’d still think Parkland is real. (Netflix)

solar opposites — In Season 3, our four aliens strive to be more of a family, an effort that is somewhat threatened by Yumyulack’s hobby of shrinking human beings and collecting them as Funko Pops. Worse, he lists them on Mercari as “boxed mint.” (hulu)

fboy island season 2 — The highest-rated reality show on HBO Max once again assigns three single women the daunting task of distinguishing between nice guys who really want love and scoundrels who are just looking for…uh, money. But you know those things are inextricably intertwined if you look Too Marxist to handle, the main dating program of the Political Voices Network. (Max HBO)

good lady — South Africa is the setting for a horror movie in which a black family has to take care of a creepy old white woman in their home. Wow, in just four and a half decades, we’ve gone from burnt offerings a Offerings that could definitely use more seasoning. (Shudder)

From heart to heart — Kevin’s guests in season 2 include Pete Davidson, Chris Rock, Mark Wahlberg and Mike Tyson. I know what you’re thinking, and yes, I’d pay a lot of money to be on that plane too. (Peacock)

Kung Fu Panda: The Dragon Knight — The last series of KFP The franchise has Po teaming up with an English knight to defeat a pair of weasels that could destroy the world. Listen, I don’t like Silk Sonic any more than any other guy, but I still think that description is a bit harsh. (Netflix)

demonic resident — At this point, there have been so many Resident Evil games, movies, and shows that you’d need Google Sheets to keep the mythology straight. That is why this new series about a post-apocalyptic future is said to have its own continuity entirely. Apparently, “its own continuity” is now an accepted synonym for “more holes than the access road to the wiffle ball plant.” (Netflix)

Victoria’s Secret: Angels and Demons — First they came for Abercrombie & Fitch, and I didn’t say anything. Now they come for Victoria’s Secret in a three-part docuseries that links the controversial brand with the likes of Jeffrey Epstein. Right, so that’s the first few hours of Ghislaine’s 20-year sentence; Does anyone have any good ideas for something meatier that she can binge on? (hulu)

don’t make me go — John Cho plays a terminally ill father who is desperate to reunite his daughter with her estranged mother. Listen, John, you don’t have to do that “fatal diagnosis” thing to cheat on your son with someone. Just say, “I’m sick of listening to BTS,” and the world will understand. (Amazon Prime)

Farzar — A ragtag team of underdogs have to protect their planet from alien attack in an animated adult comedy that’s distinctly NSFW. (That’s not Star Damned wars.”) (Netflix)

Always Summer: Hamptons — The reality television programming offers us an introduction to a group of university students who work as employees of a restaurant in the most elegant area of ​​Long Island. For maximum dramatic potential, the cast’s socioeconomic background ranges from “very wealthy” to “only wealthy by real-world standards.” (Amazon Prime)

James May: Our Man in Italy — In the continuation of his our man in japan, James explores Italy’s 2,000-year cultural history, with the expected focus on cool vehicles. Now, if he can keep this WWII motif going, we can all learn something about Panzers. (Amazon Prime)

Persuasion — Hardcore Jane Austen fans are already sounding the alarm over star Dakota Johnson’s fourth-wall-breaking sarcasm in the trailer for this adaptation of the author’s latest completed novel. She waits until they get a load of Peacock’s great fall hope, Mansfield Parks and Recreation. (Netflix)

New marriage and wishes — The latest series from South Korea is set within a matchmaking agency that connects ambitious social climbers with members of the ultra-elite. The good news is that if you survive a game of hopscotch without falling to your death, you won’t be charged the fee. (Netflix)

zombies 3 — Just when human children had learned to get along with zombies and werewolves, a fleet of aliens arrives to challenge them all to a great joyous contest. Boy, that has to be the longest street name for ketamine I’ve ever heard. (Disney+)

blood and treasure — The action-adventure series whose protagonists are art theft experts moves from network television to streaming in its second season. Star Matt Barr has future commitments that mean the show probably won’t be renewed. But since the main characters solved that big case at OMA, what’s left to accomplish anyway? (Paramount+)

Replica — Onyx Collective and ABC News team up to investigate the disturbing incidence of black women dying in childbirth in the US today. All I can say is, thank goodness we’re curbing that! (hulu)

David A. Arnold – Not for the faint of heart — For his second Netflix special, the comedian returns to his hometown of Cleveland to explain the humiliations he is subjected to as a husband and father. watch this after Replica, and you will know the true definition of “mixed emotions”. (Netflix)

island of love — Modern Family Alumna Sarah Hyland takes over as host for season 4, promising a “naughtier” and “sexier” game for her cast of hot contestants. She keeps an eye out for the evangelical charter boat that will pass by at regular intervals, trailing a sign that reads “We’re adopting her baby.” (Peacock)