We’re diving into the wild with Minecraft’s Wild Update 1.19, introducing Deep Dark, Mangrove Swamps, and Froglights. But what about that contest last year to add a new mob to the game? Where did all our votes go? Well, they ended up choosing Allay as our new mob of friends, with his electric blue color palette and little pointy wings.

Related: Minecraft: The Best Free Texture Packs With Realms Plus

You probably won’t come across this mob like you would a goat or frog though, they have to be found and retrieved like the precious loot they are. The mechanics don’t get much simpler from there, but we hope this list clears up everything you need to know about our new best friends, the Allays. 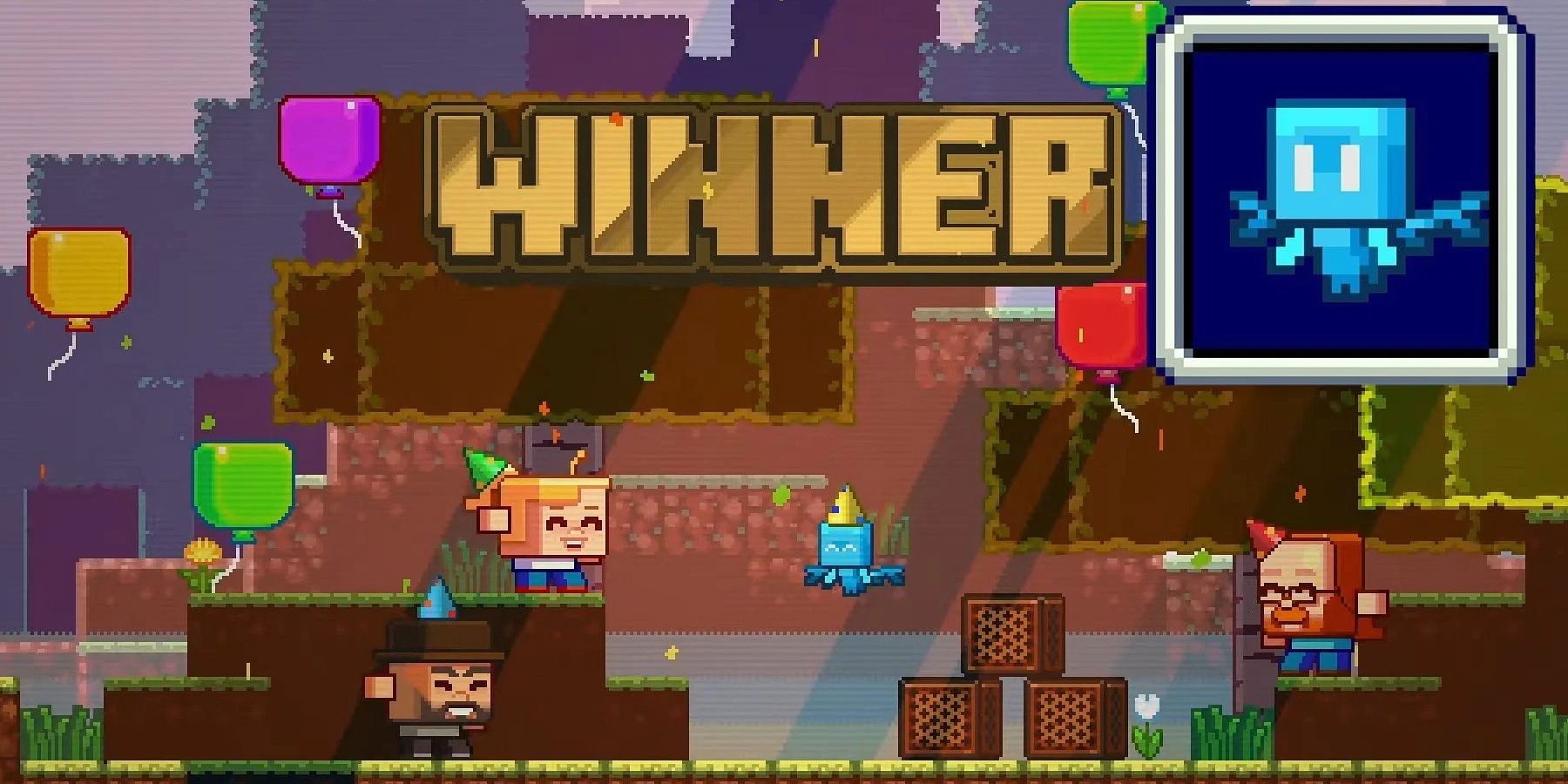 In 2021, the Minecraft community was asked to vote for the newest mob to be added in the next big update. The choice was between a small Copper Golem, the Allay and the Glares, each offering their services in their own useful way. We picked the sweet flying Allay to join the game, and in the Wild Update, they finally arrived.

However, they are not just going around the world waiting for us to bump into them. They have to be rescued from evil Illager structures, which adds more Minecraft lore for us to unravel. 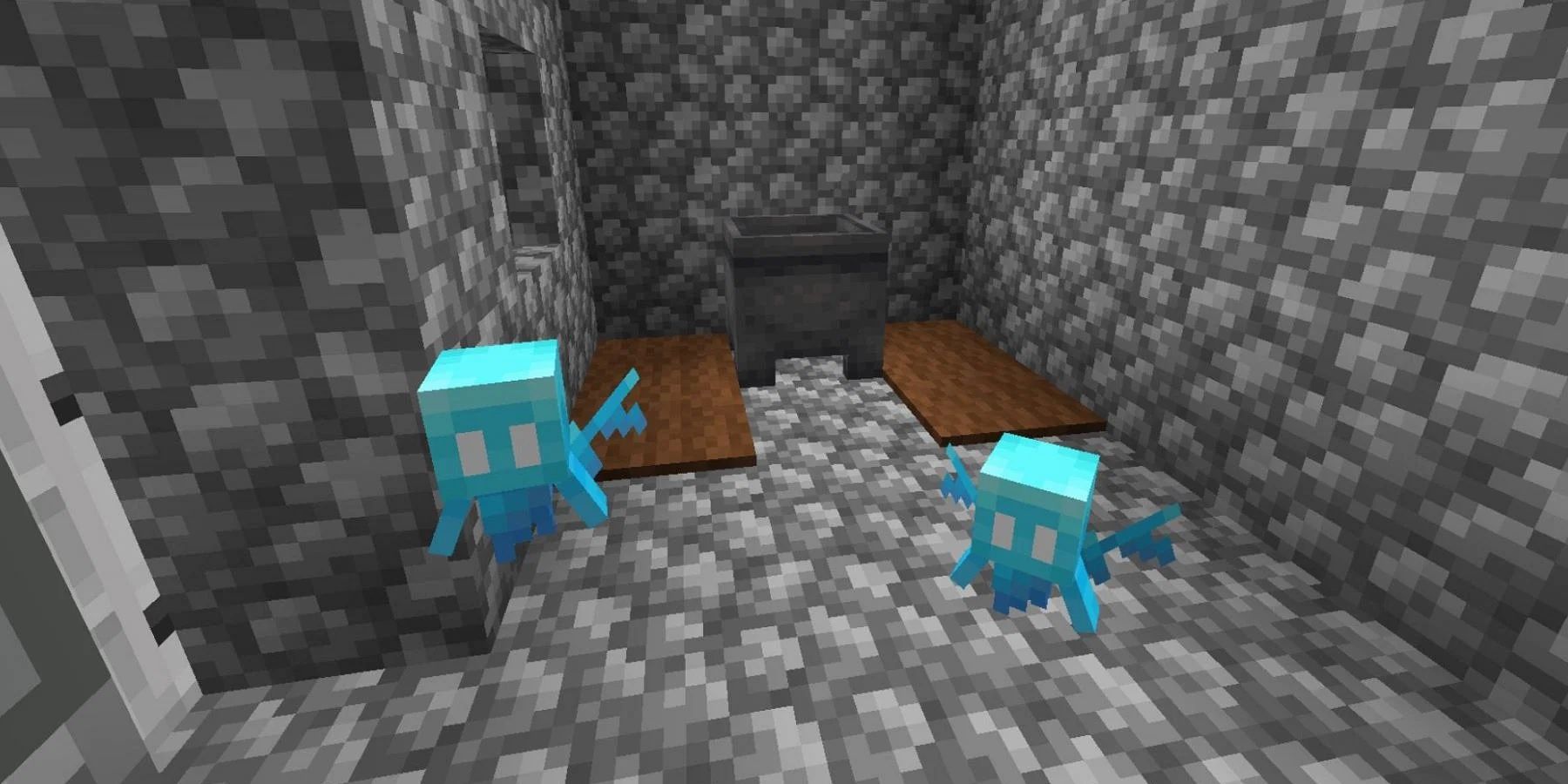 There are two structures to explore in order to rescue the Allay who have been imprisoned. First, and most commonly, there are raider outposts, tall wooden towers surrounded by crossbow-wielding, banner-waving raiders. The outskirts of the outpost are filled with wooden cages, often spruce fences, which may be empty, but more often than not contain Iron Golems or two Allay.

Freeing inner creatures will not automatically align them with you. The Golem or Allay will be neutral and roam freely, though Iron Golems are always hostile to Raiders, as is their nature. The Allays will sing and then fly to who knows where, so be quick to make friends with them!

Related: Minecraft: How to Craft a Recovery Compass

The other structure is the infamous Woodland Mansion, towering over Dark Oak Trees within the Mushroom Forests. One of the dozens of rooms inside the mansion is made of cobblestone and contains up to four prison cells. These are protected by iron gates, and you’ll need to press a button or lever to open them. Between one and three Allays will be locked in these cells, with only a wool rug and a cauldron for company. Again, they won’t be tamed if you let them out, and will require befriending to follow you.

5 Tips for rescuing an ally 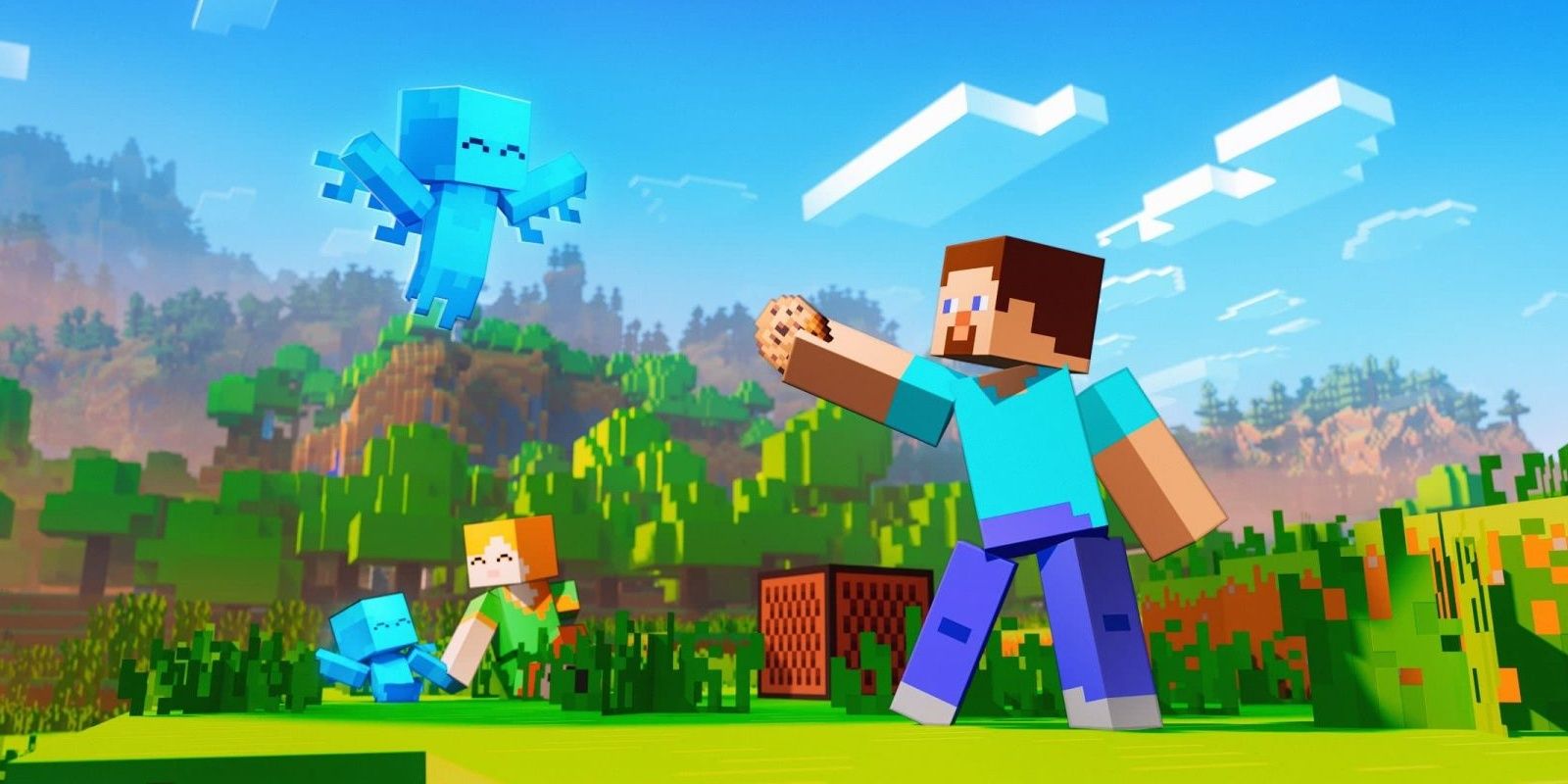 Approaching the cages around an outpost can be dangerous, as raiders will appear and pounce on you, firing crossbows and defending their prisoners. So try to climb the tower first, block the entrance on the first floor and take them out one by one with your own bow or crossbow. Then, when there’s a break in your spawning, make a break for the cages by wielding an ax to destroy the fence posts. Prioritize the Iron Golems as they will help you out and keep the Pillagers off your back.

Inside Woodland Mansions it’s a different story. The winding corridors and dark rooms contain many surprise enemies, and the best thing to do is to put your bed and a gear chest near the mansion in a safe hiding place. Then try to clear the place with torches, totem poles, and a few friends, jumping into your chest to restock with potions and golden apples. Once you find the cobblestone cell room, simply open all the doors and give each Allay an item before they head into the woods. They’re pretty good at keeping themselves safe, so don’t worry about the Illagers going after them.

4 the allay and the vex 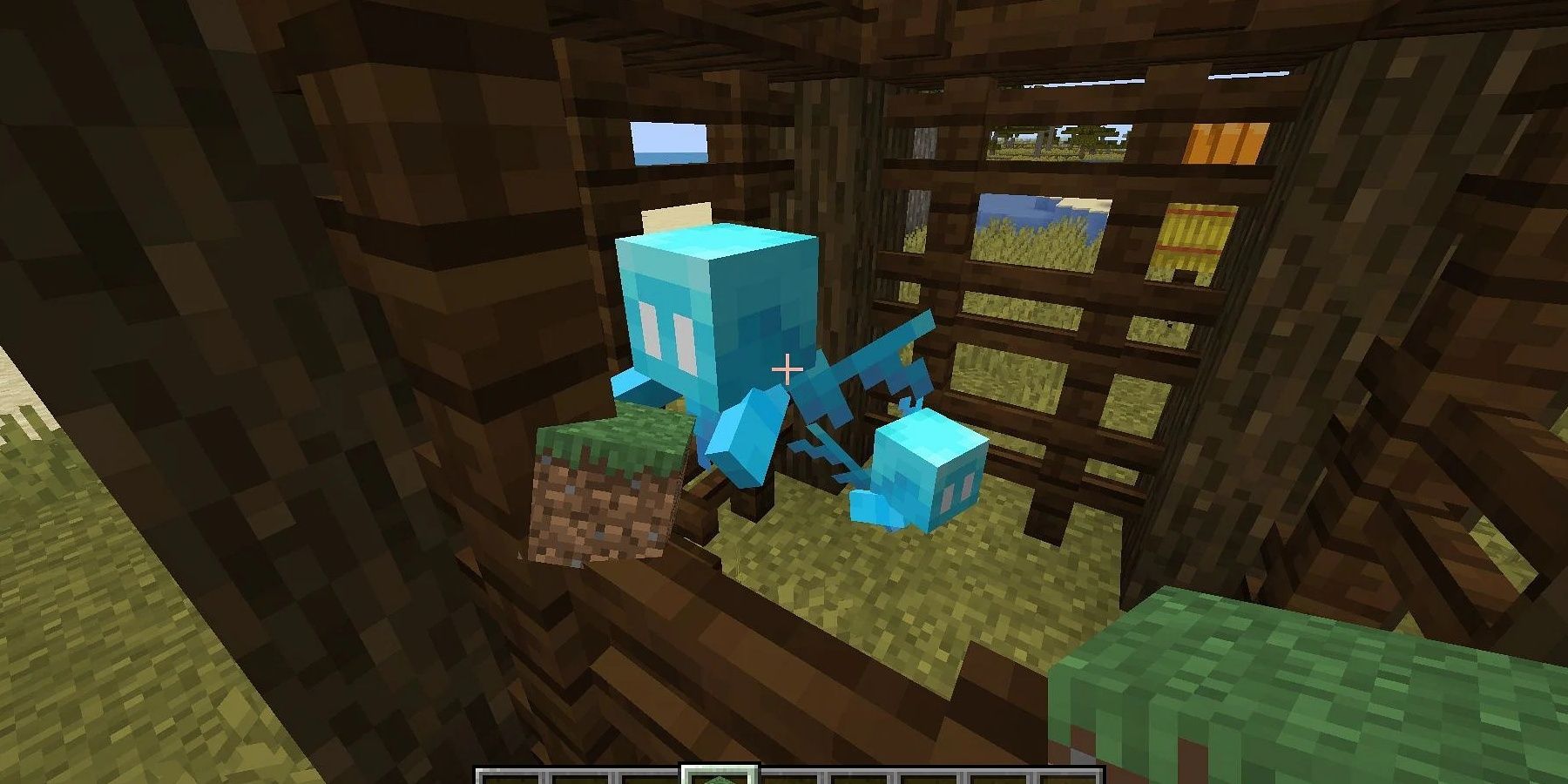 With a sprite similar to the Vex and both dating (unintentionally) Illagers, you’d be forgiven for thinking that the Allays are related to the Vex in some way. They both have small wings and swing on their heads, though only the Vex can pass through blocks or damage the player, and the Allay cannot be summoned by an Evoker.

Related: Minecraft: How To Find The Secret Old Town Basement

However, the name ‘Vex’ means to frustrate or worry someone, while ‘Allay’ means the opposite, to ease a burden or lessen fear and worry. So it seems that the world of Minecraft has good fairies and bad fairies. Maybe more magical mobs will be added in the future to develop a fairy kingdom. 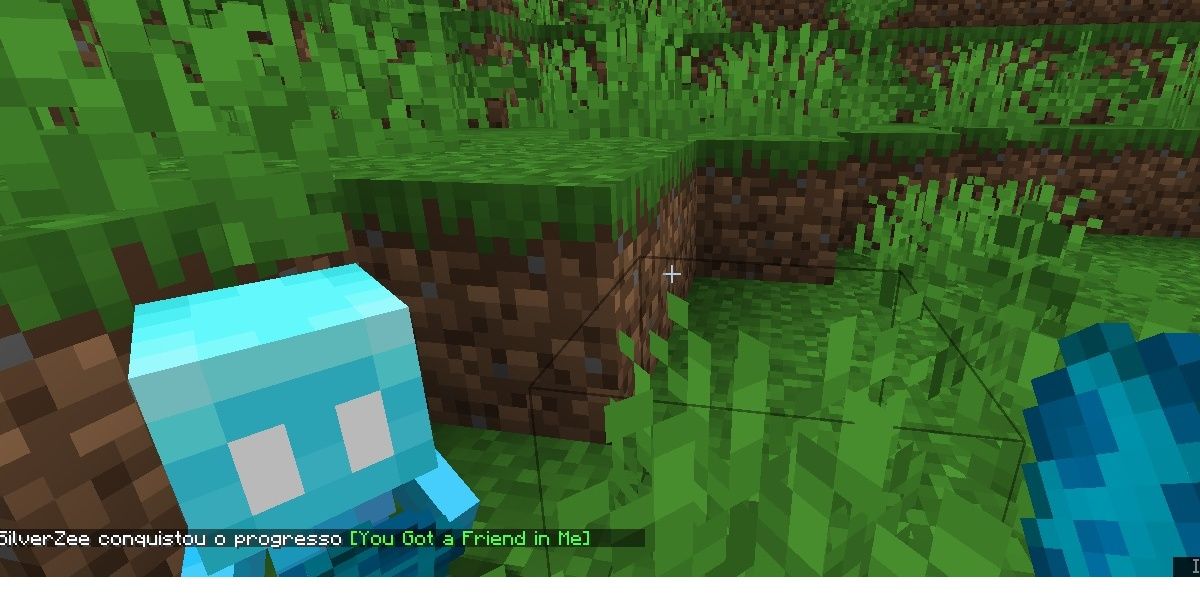 Becoming friends with these little blue friends isn’t hard either, as just right-clicking on them with an item will give it to you to hold. This doesn’t have to be a stackable item, as enchanted books can even be given. Allay has a one-slot inventory that can hold a full stack of any item that looks the same.

An Allay carrying one of your items will casually follow it from a distance, flying to catch up to it and generally staying within 20 blocks. To be left alone, right-click with your empty hand. This will take the item from them, and they will be unleashed again, free to roam where their hearts desire.

two Ways to use allay 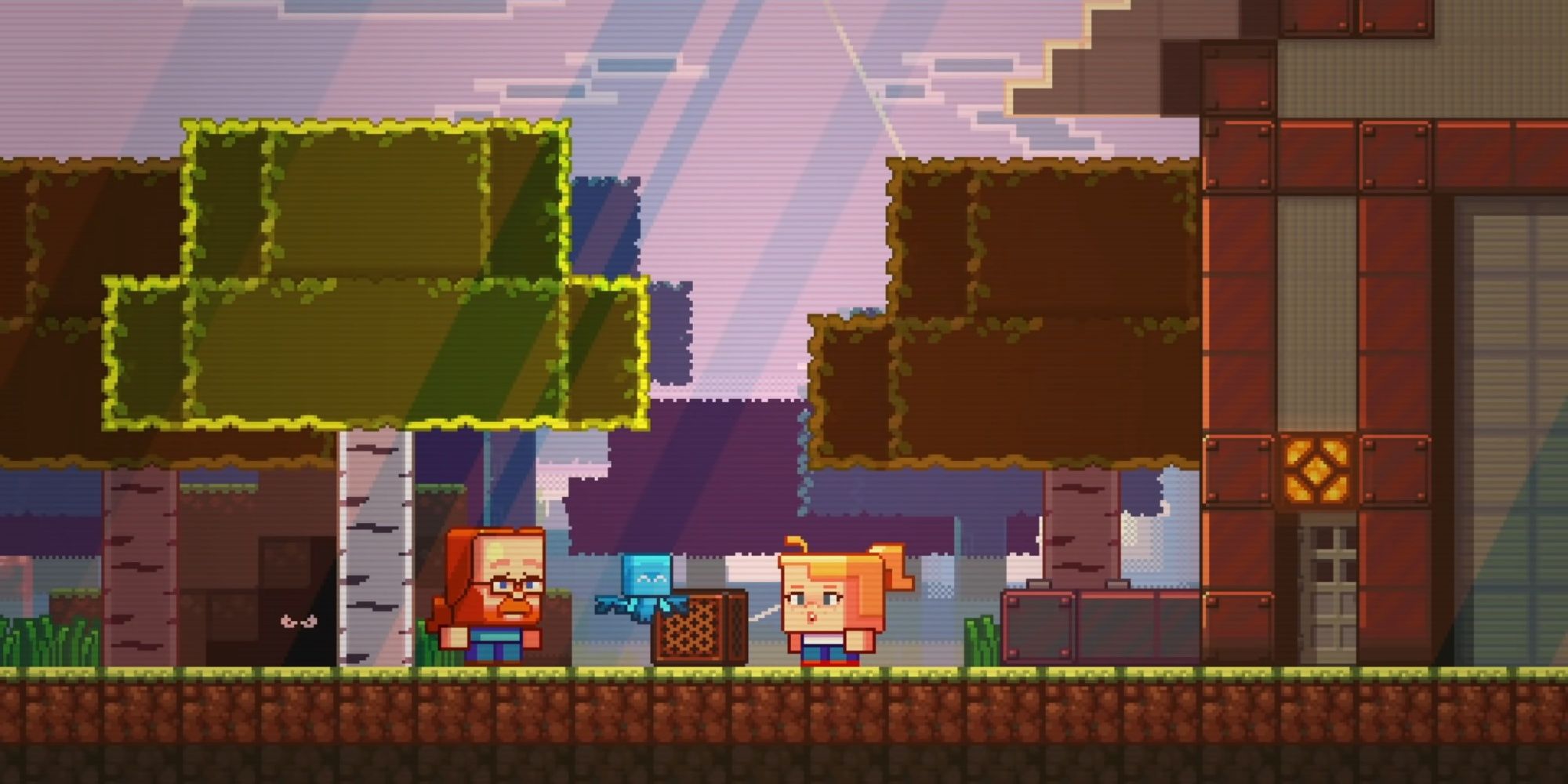 An Allay troop may be the answer to your item sorting woes, as they don’t get clogged with more unique items, like those that are enchanted. You will need one per item though, as they can only carry one type of thing at a time, and only up to a normal stack.

Unfortunately, they also tend to return their stacks to their owner, which isn’t helpful if they’re supposed to come home handling all their loot. In which case, it’s lucky they’re dancing with some Noteblocks. You can use this to your advantage.

However, it’s not all rainbows and utility with Allay, they do have their downsides. For one, they can’t keep up with him if he uses Elytra, even with a Lead. Second, the structures they spawn in tend to be pretty sporadic or rare, so bringing them home is a real mission. Traversing the Nether is dangerous, and you would have to cross and walk all the way home pulling them on a leash. After about 30 blocks, they stop trying to follow you, so even running can get them lost.

On top of that, if you are in a multiplayer world, another player can claim your hard work very easily. Anyone can free an Allay from his item and give him a new one, which changes his allegiance. So if you’ve gone to the trouble of trading a cartographer villager, buying a Woodland map, traveling thousands of blocks, defeating the villagers, freeing the Allays, dragging them back to civilization, your neighbor can simply trade your item on their own and have pocketed an Allay. Make sure everyone who sees your Allay is trustworthy!

Next: Everything Added In Minecraft’s Wild Update 1.19