Fortnite Chapter 3 Season 3 has officially started, which means it’s time to go all out for a new Battle Pass. Here are all the rewards players can get from this season’s Battle Pass.

Apparently the rumors of Darth Vader and Indiana Jones coming to Fortnite are true. Just a week before the new season started, there was leaks about both iconic characters joining the Fortnite roster. Now that they’re in the game, we’re pretty sure a lot of players are eager to get their hands on the new Battle Pass. For 950 V-Bucks, players can acquire all these rewards:

In addition to Battle Pass rewards, players can also customize the Snap skin. Similar to Haven’s Masks and Omni Sword, players will have a variety of customization options to choose from. Turn Snap into a look that completely matches your personality.

Darth Vader isn’t the only iconic skin joining the Battle Pass this season. Exactly one month from now, Battle Pass owners can start unlocking Indiana Jones and his other set of exclusive rewards. LucasArts heroes are here in this Battle Pass, so don’t forget to grab them when you get the chance, especially if you’re a big fan of Star Wars and Indie.

Last but not least, there are the bonus rewards that come after acquiring all the main rewards in the Battle Pass. These additional rewards typically include new styles for all outfits and other cosmetics, giving you additional options for how you want your loot to look.

Fortnite Chapter 3 Season 3 has officially started! Get the Battle Pass for just 950 V-Bucks and unlock all these amazing rewards. 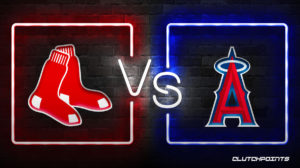