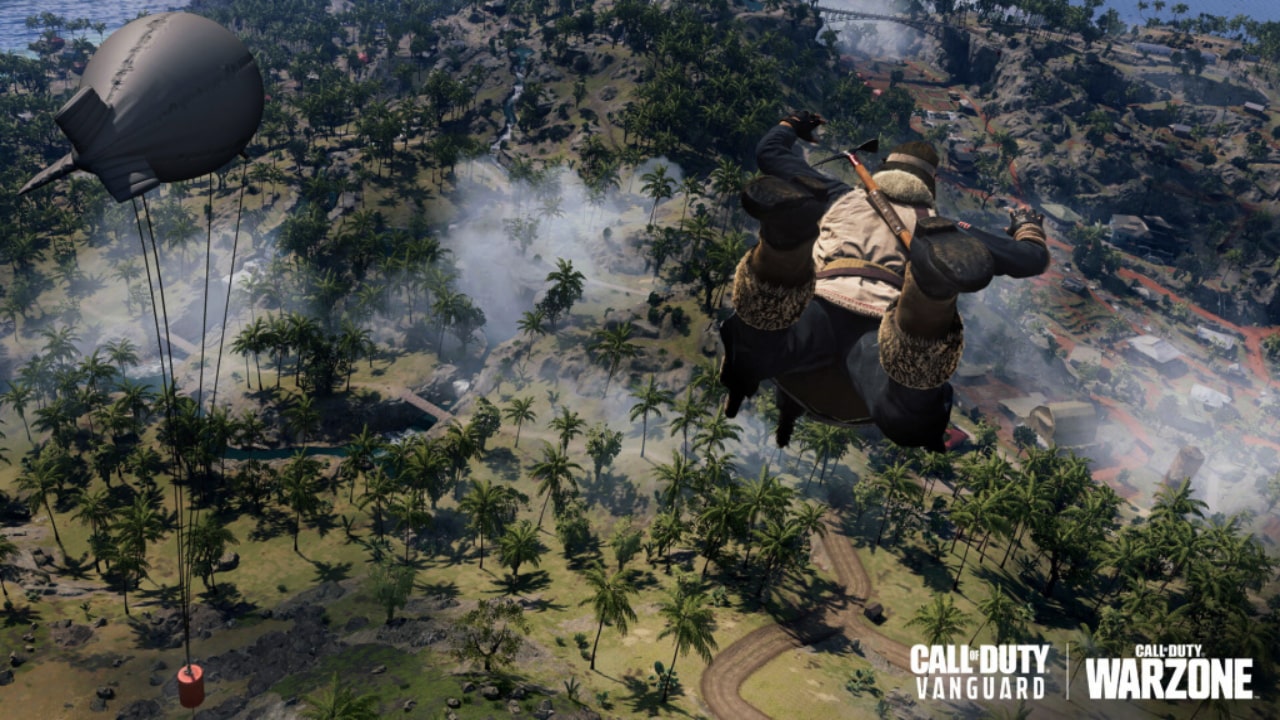 Update 1.56 for Call of Duty: Warzone has arrived, and here is the full list of changes and fixes added with this patch. This update is approximately 3 GB in size, and PlayStation players have the opportunity to pre-load this patch before other platforms, as usual. There are many things on the horizon for Warzone, including a collaboration with Godzilla and King Kong. This update paves the way for the next monster event while also fixing some bugs and balancing some weapons. Here’s everything new with Call of Duty: Warzone update 1.56.

At the beginning of Season Two Reloaded, we talked about our intention to merge the main and Vanguard Royale experiences into a single, cohesive mode. We have now reached the final step of the merger, with Vanguard Royale Public Events joining the core BR events pool.

As a reminder, here are some of the other changes that have been implemented in the BR core over the past few weeks:

We are excited to see this initiative come to fruition and look forward to monitoring your continued feedback. It’s time to enter!

This update is small compared to previous Warzone patches, so it only contains a few minor new additions. Also, Vanguard and Warzone Season 3 is right around the corner, so any major weapons, map changes, or balance adjustments will likely be saved for the start of the new season.

Still, there’s still plenty to enjoy in Season 2. Snoop Dogg joins Warzone and Vanguard today after arriving in Call of Duty: Mobile earlier this month, and the Godzilla and King Kong crossover event will likely be the wrap up. climax of the season that takes. in Season 3. A full roadmap for Warzone and Vanguard Season 3 will be released in the coming days, revealing the new weapons, map changes, operators, and more for both games next month.